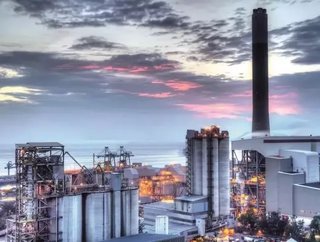 Growing populations and the rapid industrial and economic expansion in North Africa has driven a sharp increase in electricity consumption in the region and it could be creating a big problem.

New research from business intelligence service MEED shows that governments across North Africa and the Middle East.  Countries such as Egypt, Libya and Algeria will all require significant reserves of additional capacity by 2020 so there can be no doubt that a challenge exists in trying to deal with the combined effects of recent developments in the region’s power sector.

According to the MENA Power 2017 report, governments in the region have targeted increasing diversification in their power sectors to improve energy security and reduce the reliance on gas imports.  Another key shift is the move towards increased private investment and privatisation in the generation of electricity, as governments cut budgets in response to the lower oil price.  Egypt is one such government and is looking to significantly restructure and privatise large swathes of its electricity market.

The move towards integrating renewable energy into development programmes has seen a sharp increase in the region, with the report stating that more than 60GW of renewable energy projects are being planned to meet future demand for electricity across the Middle East and North Africa.  This has been facilitated by the sharp drop in photovoltaic (PV) solar technology costs, which have gone down by 80 per cent since 2007.  In addition to renewables, state utilities are also moving forward with plans for alternative energy, from nuclear power to clean coal.

The largest requirement for new power reserves will be in Egypt, where an estimated 27,985MW of new capacity is needed as a result of its rapidly growing population and economic expansion.  Libya, on the other hand, has the most acute need for newly built units and power infrastructure on account of age or, in some areas, because it has been damaged by fighting.

Morocco and Tunisia are two other countries in North Africa which face a challenge in trying to generate enough electricity over the coming years, and reserve margins will be put under hotter pressure, with nearly all states across the region recording an increase in peak demand in 2015. Libya was the only country that recorded a drop in peak demand in 2015, but it is expected to grow at an average of 5 per cent a year or higher until 2022.  With a minimum 15 per cent recommended reserve margin (which is the amount of unused capacity at peak load as a percentage of the entire capacity) the region as a whole is in a race to keep ahead of peak demand growth and maintain sufficient electrical reserves.

The other additional challenge comes in ensuring that consumption, where possible, is reduced.  The report said: “In addition to utilising renewable energy to meet growing demand for power, the region’s utilities are looking at ways to improve energy efficiency and reduce consumption.

“Efforts are being made to improve efficiency on both the supply and demand side. Curbing electricity consumption and reducing feedstock usage will help preserve gas reserves and also reduce pressure on government finances, which in many cases have been severely reduced by lower oil prices.”

On the supply side, utilities are beginning to invest significant capital into improving and upgrading existing power infrastructure.  Egypt, in particular, is pushing ahead with schemes to upgrade plants to combined-cycle facilities, boosting capacity while using less fuel. There is now a growing trend to choose combined-cycle configurations for new capacity so that the most efficient technology is in place.

It seems that all of these efforts and more will be needed to ensure that enough electrical reserves exist throughout the region to ensure that its power infrastructure remains stable.