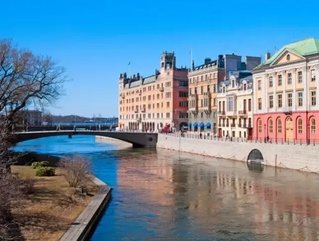 The Saudi Ambassador to Sweden Ibrahim bin Saad Al-Ibrahim has been recalled to Riyadh following further deterioration of relations between the two nations.

The news was given in a brief statement by the Saudi state news agency SPA saying that: “The move to recall Ambassador Ibrahim S. Al-Ibrahim was prompted by remarks made by the Swedish foreign minister that amounted to interference in the internal affairs of the Kingdom, in violation of international covenants and diplomatic conventions.”

This is taken to refer to Swedish Foreign Minister Margot Wallstrom’s having criticised Saudi Arabia’s human rights record and describing Riyadh's sentencing of the Saudi blogger Raif Badawi to what she called a "mediaeval" 1,000 lashes.

Earlier this week Wallstrom was prevented from giving a speech to the Arab League in Cairo after protests from Saudi delegates.  Following that meeting meeting, Arab foreign ministers expressed their "condemnation and astonishment" at Wallstrom’s remarks, which were “incompatible with the fact that the constitution of the kingdom of Saudi Arabia is based on sharia," according to a statement published by Gulf News.

The ambassador’s recall quickly followed an announcement by Sweden that it will not extend a long-standing defence cooperation agreement with Saudi Arabia. Prime Minister Stefan Lofven and Margot Wallstrom confirmed on Wednesday that the decision had been taken because of Saudi Arabia's lack of respect for human rights.

The agreement stems from a memorandum of understanding signed with Saudi Arabia in 2005. It set out details of cooperation on intelligence, surveillance and weapons manufacture, and paved the way for the sale of Saab's Erieye radar system to the Saudis in 2010. This deal has to be ratified every five years: the next renewal date would have been in May. While Sweden’s powerful armaments lobby is upset by the cancellation, it is something that has been called for by the many within the country’s left-leaning coalition.