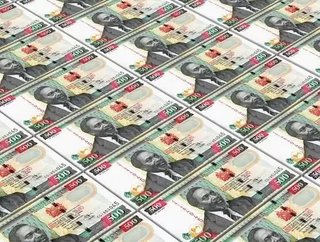 Due to the Central Bank of Kenya’s collection of injected cash the subdued dollar demand by importers, the shilling has now slightly firmed against the dollar.

Although the rise is only small, it is very significant for Kenya, as its currency has recently been problematic.

According to Cytonn, a Nairobi-based investment firm, it is expected that the shilling will be steady for this week, following the actions of the bank – mopping liquidity from markets.

“There was some (liquidity) improvement last week, but the central bank took it out,” a commercial bank trader commented. “The market is still tight now.”

Sh66.6bn (US$642mn) has been injected into the market from government payments and treasury securities redemptions, according to a weekly bulletin released by the Central Bank of Kenya.

The Central Bank of Kenya accepted more bids than it previously had at last week’s auction, whilst, for the first tim in nine weeks, Treasury bills were oversubscribed.