Small differences and big changes: from potential to profit in West Africa 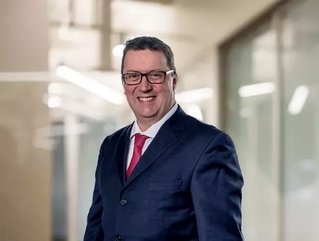 Oil and gas exploration service Aquaterra Energy helps the offshore oil and gas industry increase efficiencies and reduce costs, through a range of products, systems and projects. It specialises in riser systems and the analysis, tools and products needed from the first days of a well’s operation, through to full field development, asset life extension and decommissioning. Stewart Maxwell is the Technical Director of Aquaterra Energy. Here he explores the opportunities in West Africa:

It rarely pays to generalise in the global oil and gas industry, where profit can be found in even the smallest differences of geology on one hand, and infrastructure on the other. Nowhere is this more true than in West Africa, where mature producing nations like Nigeria or Angola resist easy comparison with each other, never mind the neighbouring countries whose production capacity and supporting industrial ecosystem is in a much earlier stage of development.

Even the idea of countries being on a spectrum from frontier nation to mature market is slightly misleading. Nigeria and Angola are not alone in physically producing oil and gas for decades, but a patchy history of investment and political interventions have created the diverse picture we see today. Sporadic investments and decade-long delays in following up on exploratory activities have decelerated the acquisition of skills and capabilities that were needed to maintain momentum.

There is also no such thing as a West African rulebook at present. International codes and specifications obviously apply, but unlike some other areas of the world, for example the North Sea where pan-European law applies, each African country has different specific requirements. That could well change in the future, as the various Regional Economic Communities, and the overarching African Economic Community push for greater harmonisation on trade and other economic concerns. But the current picture remains fragmented and far from homogeneous.

What does unite the various markets in West Africa are the opportunities that are still available. Mature countries are extending the life of existing offshore platforms and exploiting more difficult to access sites; for frontier countries, it’s the race to achieve first oil from extensive shallow-water reserves. For investors, operators, financiers, engineers and manufacturers and for the countries themselves, the potential is absolutely there, provided these differences are understood, and a number of challenges overcome.

Perhaps the greatest hurdle for the region is that the necessary logistics and infrastructure are either entirely absent or for many, not yet sufficiently mature to support oil production in a safe, efficient and sustainable way.

As the region’s most developed market, Nigeria is home to many large yards that between them can produce any fabrication required. Of equal importance, the country has a well-established and talented core of people with the skills and experience in analysis, engineering and HSE to sustain a wide-reaching and multi-faceted industry. Emerging countries struggle in both areas. Even Angola, the second biggest player in West African oil, still relies on domestic fabrication facilities that have not yet reached world-class capabilities.

This is where the law of unintended consequences makes an appearance. Each producing country in West Africa may be at a different stage of maturity, but they all want to develop, maximise in-county operations and develop indigenous capabilities.

However, ‘rules of origin’ policies that are intended to protect developing local industry by specifying local content, can actively work against these goals. The financial incentives of the various stakeholders are often misaligned, and policy that is supposed to encourage a thriving local industry inadvertently stifles it, holding back further development in fabrication, logistics and operations.

Even in Nigeria, with its advanced fabrication yards, consumables that are used for manufacture of platforms, drilling or production-based activities often have to be imported. So while the country’s world-class engineers are assembling the component parts of a sophisticated offshore platform, all of the steel they use is shipped in, as is the topside equipment, the valves, and the pipes.

In places like Cabinda or Cameroon, the yards don’t yet have the capability to handle extremely large fabrication, and some of the critical quayside facilities that are needed to do large wellhead jackets, for example, may not be available. In truly frontier countries, this can mean that local content will only amount to a small amount of fabricating or machining – which does little to upskill local engineers, enhance local employment opportunities or build a sustainable, domestic industry.

Breaking this self-propagating cycle while respecting national independence is no easy task. However, one of the answers lies in the very design and conception of offshore platforms so that they are less dependent on larger fabrication capability or expensive transportation, and therefore suited to smaller or less developed fabrication capabilities, as well as the bigger and more developed ones.

In contrast to a large conventional jacket design, a more modular offshore platform approach suits the existing and emerging capabilities typically found in frontier countries or indeed the smaller yards in more developed areas. The manufacture can be split up between a number of smaller yards, for example, or laid out in such a way that it fits into the smaller space that is typically available.

Alternatively, domestic yards can build certain parts of the platform, such as the subsea structure, while the topside equipment that requires more complex fabrication can be produced elsewhere. As a solution it allows for a significant degree of local content, while also building local capability over time.

Modular design allows platform developers to provide a more bespoke solution that takes into account not just the fabrication facilities, but also the availability of external vessels and cranes, port size and berthing capacity, transportation and installation, and the myriad other small differences that make each market unique.

It also reduces the burden placed on many of these factors. For example, a platform sub-structure weighs something in the region of 220-250 tonnes. Lifting that amount of steel structure is by no means easy: but it is a lot easier than trying to find a crane to lift the 800 tonnes of a typical jacket for that water depth in a country with a limited capability.

The advantages ripple out from there including costs. Mobilising that heavy-lift crane to the West African coast and back again can cost many millions of dollars that could instead be put towards the cost of a modular platform. As such, a site-specific solution designed around available resources, will reduce the overall project cost. That means it is more likely to get the green light, which in turn creates a route to first oil that smaller independent operators can achieve.

To date, our Sea Swift platform has been deployed four times off the coast of Africa, with a contract in place to deliver two more platforms offshore Nigeria, both to reach first oil in 2019.

There are huge possibilities throughout West Africa, for operators and for producers, but also for the countries themselves and their local populations. But turning that potential into production and profit requires smart thinking and an approach that has individuality, specificity and expertise at its heart. This isn’t the narcissism of small differences. It’s the proven path to success.