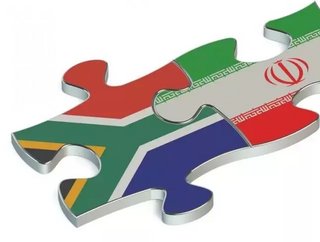 South Africa’s President Jacob Zuma strengthened the country’s political, trade and investment ties with the Islamic Republic of Iran after international sanctions were lifted against the country earlier this year.

South Africa is hoping to involve itself in a market crying out for investment since many billions of dollars’ worth of Iranian assets were unfrozen and companies that had previously been barred from doing business are poised to reap the benefits.

Iranian media stated that the two countries signed a total of eight agreements on cooperation in areas including trade, industries, investments, agriculture, water resources and oil industry research and development.

The South African Presidency said in a statement: "The lifting of nuclear-related sanctions against Iran provides immense potential for closer commercial and investment cooperation between South Africa and Iran."

Iranian President Hassan Rouhani said: "Today, after the nuclear accords and the end of sanctions against Iran, there is a sharp competition between Asian and European countries for cooperation agreements with Iran, but we will never forget our close friends from the era of sanctions."

South Africa is also considering building an oil refinery to process Iranian crude oil in order to develop its petrol supply and reduce its dependence on foreign companies.