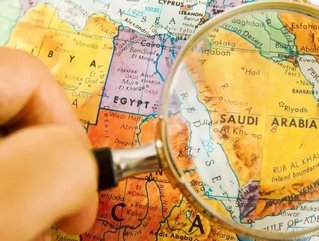 Saudi Arabia is full of innovative starter companies looking to grow into the next industry game changer. Here is a roundup of five of the best out there at the moment.

FalconViz is a 3D aerial survey and mapping tool. The company was founded in 2015 by Anas Dahlawi, Neil Smith, Luca Passone and Mohamed Shalaby and has over $1.1 million in funding. The company is in the technology sector.

The business received a grant from KAUST Innovation Fund and has other investors such as Saudi Aramco's Wa'ed.

Morni is an on-demand roadside assistance firm. The company was founded in 2014 by Salman Al-Suhaibaney and has over $1.1 million in funding. The company is in the services sector.

The company has a variety of investors such as Raed Ventures and 500 Startups.

The business also has notable well-known partners such as Ferrari, Maserati, Al Ghassan Motors and many more.

Morni is an interactive service that delivers roadside assistance in Saudi Arabia through a smart phone app. Morni presently offers its services to both individuals and businesses.

The app is 100 percent free and offers services for towing, battery service and replacement, tire change and repair and gas/fuel delivery.

The app has been features in The New York Times, Forbes Middle East, the Pan Arab Web Awards Academy and many more.

C3 Films is a media production company. The business is completely self-funded and was founded in 2011 by Alaa Yoosef Faden and Ali Kalthami. The company is in the media sector.

UTURN is a media production company and the leading Arabic entertainment network on YouTube. The business was founded in 2010 by Kaswara Al-Khatib in Jeddah, Saudi Arabia and has over $10 million in funding. UTURN creates top content with the intention to promote Arabic content worldwide. The company is in the media sector.

The company operates its YouTube channels through the Entertainment, Vlogging, Kids, Gaming and Lifestyle sections.

“We create original and innovative standalone videos for your brand with a wide distribution strategy to maximise reach across our network” – UTURN website.

The company has won a multitude of awards from Forbes, Arabian Business and many more.

PayTabs is an online payment processing tool. The company was founded in 2013 by Abdulaziz Fahad Aljouf and has over $16.5 million in funding. The company is in the financial services sector.

PayTabs partners include Riyad Bank, Symantec, VISA, MasterCard along with integrating with oscommerce, PrestaShop, Magento, Zen Cart and many more.

PayTabs is also active across many social media channels, with over 2,000 likes on Facebook, followers in excess of 1,200 on LinkedIn and over 2,200 followers on Twitter.

The company also has a blog (available to view through its website) that talks about what the business is achieving.