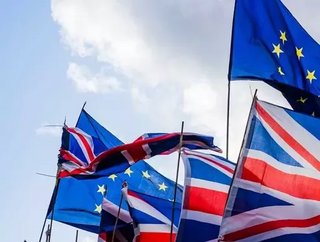 More businesses and jobs look set to leave the UK as Brussels authorities continue to attempt to limit activities that can be carried out from London...

The EU has recently made a number of moves to attempt to limit trading activities made within the bloc from London, which damages the UK’s hopes of a broader agreement for its finance industry. The capital city is expected to remain the biggest financial centre of Europe following Brexit, with trillion-dollar foreign exchange trading still taking place, but this may not remain the case without a wider deal put into place.

For a deal to be reached, EU officials will have to review UK financial rules and deem them either equivalent, or aligned with those of the European Union. This is the main sticking point of the argument, but the UK believes that it should be a relatively straightforward process, with both parties outlining the same rules from the outset.

Last month, however, Brussels ruled that London banks would no longer be permitted to make wholesale investments into investors in the EU, which had brought significant amounts of additional pressure onto London, as it now needs to transfer more activity to alternative, continental hubs.

Following this news, BNP Paribas and ING made decisions to begin transferring a number of additional trading jobs out of the capital city, with the promise to create 400 jobs in the European Union. BNP Paribas said in a statement last week “Selling financial services from the UK to EU clients will not be allowed.”

On Thursday, The Bank of England warned that the decision from Brussels threatens to cause significant disruptions to cross-border banking and derivatives trading, especially in January once the deal is complete, and could even continue to disrupt operations if equivalence is agreed in other areas.

Around the continent, Britain has been making headlines for its Brexit dealings and negotiations. Germany’s foreign minister, Michael Roth, has warned Prime Minister Boris Johnson that he must be more pragmatic and realistic, ahead of the deadline for a deal at the end of the year. As things currently stand, Michael Roth believes that an official agreement between the UK and Germany is looking unlikely.