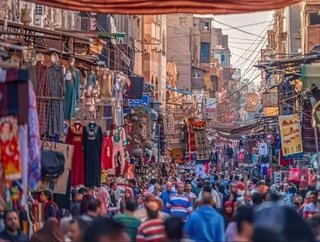 Despite recent withdrawal from some investors, construction of Egypt’s new capital is still planning to achieve completion by 2020. Ahmed Zaki Abdeen, who is leading the construction of the new city reassured that “There is very strong interest from the political leadership in the project.” He also acknowledged that “the large scale of the work leads to large scale problems.”

The project was launched four years ago by Abdel Fattah al-Sisi, shortly after he was elected president. The project was to create a capital that would be created in contrast to Cairo, which has become overpopulated, with major traffic congestion preventing the capital from efficiently expanding. Much of the original architecture has also fallen into disrepair. The creation of a new city, currently named the New Administrative Capital, will allow the creation of a more eco friendly capital that is cashless and technologically up-to-date.

Despite concerns over investors, the city has already laid strong foundations. The first phase covers 168 square km, and will establish ministries, a diplomatic quarter and financial district. A large mosque and cathedral and conference centre have already been built.The creation of the new capital will create a new and efficient location for government and finance organisations, while also providing over 6 million new homes. The Capital is expected to cover 700 square km in total, the same size as Singapore. In the early phase of the construction alone, over 170,000 jobs have been created.

While the plan is an ambitious one, and not without challenges, the creation of the new city will give space for new industries to thrive. Until then, the New Administrative Capital is to host the Longest Ramadan ‘Iftar’ Feast in the world, culturally reaffirming the new city, as well as underpinning the scale at which this new capital will function.