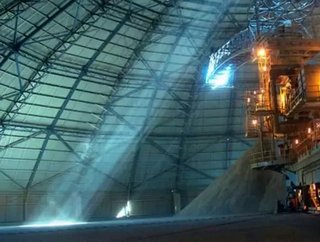 Venkat has been CEO of Johannesberg-based AngloGold Ashanti for five years, and has spent much of his working life in Africa. This will be the first Vedanta CEO to have been based in Africa, and according to Bloomberg the appointment “points to the growing importance of the Indian group’s investments on the continent, where its assets include Zambian copper and South African zinc”.

Vedanta is a multinational metals and mining company chaired by Anil Agarwal. Speaking about the appointment, Agarwal said: “We have gone through a very thorough search process and are delighted to invite Venkat to join Vedanta in the position of CEO. Venkat is a widely respected business leader in the global resources space, who brings Vedanta an impressive set of values and a wealth of experience on corporate and other roles in the UK, Africa, Australia, South America and India.” He also pointed to Venkat’s vast experience in Africa as a benefit.

Looking forward to his new role, Venkat said: “My initial focus will be to ensure continued operational excellence, efficient cost management and capital discipline across the portfolio, while continuing to drive improvements to the overall sustainability performance of the business, thereby creating long-term value for stakeholders.”

Venkat, who was born and educated in India, worked as CFO of Ashanti Goldfields Ltd before its merger with AngloGold. His appointment ends a year-long search for Vedanta’s new CEO.

Venkat spent 18 years with AngloGold and will assume his new role in August. His current employer’s chairman, Sipho Pityana said: “I offer my heartfelt thanks to Venkat for his exceptional contribution over almost two decades, and in particular the last five years at the help. He has embedded a culture of consistency and accountability in the business, and has created the ability for the company to thrice in a range of market conditions.”

He added: “Venkat has led by example, always displaying the highest standard of ethical and empathetic leadership in creating the enabling atmosphere for our efforts to improve safety, environmental stewardship and the overall sustainability of our business. He leaves behind a very strong foundation for us to take the company forward. We wish him the very best in his new endeavour.