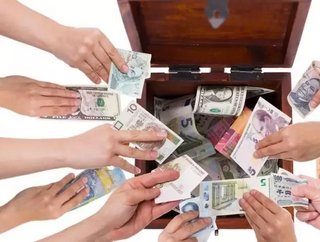 Nearly one in three citizens who tried to access basic public services in the Middle East and North Africa paid a bribe, Transparency International have found.

The anti-corruption group surveyed nearly 11,000 adults in 9 countries and territories. Its results show that nearly 50 million people paid a bribe to access basic services. Also, 61 percent of people surveyed in the Middle East and North Africa think that the level of corruption has increased over the last 12 months.

“It’s as if the Arab Spring never happened. Leaders who fail to stop secrecy, fail to promote free speech and fail to stop bribery also fail to bring dignity to the daily lives of people living in the Middle East and North Africa. Peoples’ human right are seriously affected”, said José Ugaz, Chair of Transparency International.

Five years after the Arab Spring, the survey finds governments have done little to enforce laws against corruption and bribery. Furthermore, they haven’t sufficiently improved transparency and accountability through the promotion of freedoms of the press, civil society and individuals.

Government officials, tax officials and members of parliament are perceived to be the most corrupt groups in the region.Public perception of corruption is alarming in countries such as Lebanon, where 92 percent say they think corruption has increased.

Based on findings of the survey, Transparency International have issued recommendations for Middle Eastern and North African governments. These include publically announcing their commitment to end corruption, eradicating impunity and bringing the corrupt to justice, creating a safe environment for people to fight corruption, and involving their citizens in their fight to report corruption.