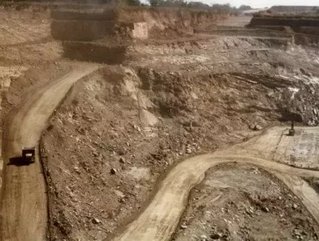 Exploration and mining company Zambezi Resources has pledged to work with local communities and environmentalists to ensure the conservation of the Lower Zambezi National Park and development of the “cleanest, greenest and safest copper mine ever built”.

The company, which has been granted a mining licence by the Ministry of Mines, Energy and Water Development, plans to create an initial 500 jobs for people living in the surrounding area and is working with traditional leaders, who are supportive of the project, to improve livelihoods and bring economic development to the area.

“Kangaluwi Copper Project will be the cleanest, greenest and safest copper mine ever built, probably anywhere in the world, applying the world’s best practices and technology,” said Zambezi Resources Chairman David Vilensky.

Addressing the concerns of environmentalists, he added: “Zambezi Resources is a responsible Australian company and understands the importance of conserving the environment, particularly in a sensitive area such as the Lower Zambezi National Park. We share the concerns of those who have so vocally expressed their opposition to the project.”

“For this reason, we are keen to engage with local environmentalists to ensure we can achieve a win-win situation: bringing jobs and prosperity to local communities while protecting – and indeed enhancing – the flora and fauna of the area.”

The mine site is in a remote, inaccessible and sparse part of the park, on the upper escarpment, more than 35 kilometres away from the Zambezi River, with no surface water and consequently very few animals.

Zambezi Resources has listened carefully to the concerns raised by the Zambia Environmental Management Agency (ZEMA) about the project, and has worked diligently to address these issues in order to minimise the environmental impact of the mine.

The construction and development of the mine is subject to strict conditions issued by ZEMA to ensure total compliance with the objectives of the Environment Management Act of 2011 which will be monitored and supervised by ZEMA.

In particular, cutting edge technology has been introduced to further minimise the risks to the environment, particularly in the use of a dry stacked tailings technology to address original concerns over possible pollution from a tailings dam, which will not now be used.

Vilensky complimented the Ministry of Lands, Natural Resources and Environmental Protection for overturning the ZEMA rejection of the company’s Environmental Impact Study (EIS) and said: “The Zambian government has allowed the Kangaluwi Copper Project to proceed within the national park as part of its revised Mineral Resources Development Policy, which seeks to strike a fair balance between the benefits of mining and the protection of the environment and wildlife conservation, provided its policies and laws are respected ad adhered to and such investments will create employment opportunities for ordinary Zambians.”