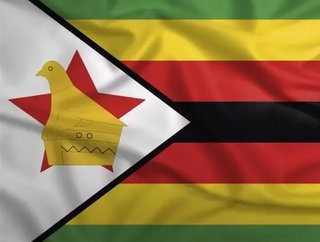 The head of Zimbabwe’s popular protests has asked the international community to put pressure on autocrat Robert Mugabe and his government. Baptist pastor Evan Mawarire wants to push Zanu-PF to “listen to its own citizens”.

Last week Mawarire called for a one-day shutdown, paralysing much of Zimbabwe. The pastor told the Guardian that there would be further demonstrations next week (lasting two days) if the demands of his #ThisFlag movement were not met.

The demands include the dismissal of corrupt ministers, payment of delayed salaries and the lifting of roadblocks that citizens claim the police use to extract bribes.

Last week’s protest saw streets deserted and businesses closed in Zimbabwe’s capital (Harare) the southern city Bulawayo and elsewhere. These were Zimbabwe’s most widespread demonstrations of dissent in recent years.

Observers say the pressures on 92-year-old Mugabe and on Zanu-PF are huge. Mugabe, Africa’s oldest leader, has led the former British colony since independence in 1980. Several controversial actions, such as stripping white farmers of land over a decade ago, have caused significant economic disruption. In 2009, hyperinflation forced Zimbabwe to adopt foreign currencies, largely the US dollar, after its own collapsed. Zanu-PF won an election amid widespread rumours of vote rigging in 2013.

Currently, the government is struggling to finance its $4 billion (£3.1 billion) annual budget, and soldiers, police officers, doctors and teachers are being paid weeks in arrears. Foreign investment and donor support has subsided and China has not been forthcoming with anticipated aid. In April, the government halved its 2016 growth forecast to 1.4 percent. Independent economists believe this estimate is optimistic. Additionally, a drought threatens up to 4 million people with famine.

Organisers of the protest say they fear an aggressive response from the authorities. Protesters clashed with police in several locations, many were injured and more than 100 demonstrators were arrested.

Mawarire is hiding to avoid arrest, but there are fears that he will be detained or abducted. “They are stubborn and full of pride,” the pastor said of the government. “Their instinct is to threaten, intimidate, arrest and detain. They have shown that again and again. But we are a non-violent movement. That’s very, very important. It’s a confrontation of truth.”

Government officials have labelled the protesters “terrorists” and blame foreign powers for sabotaging the economy and stirring unrest.