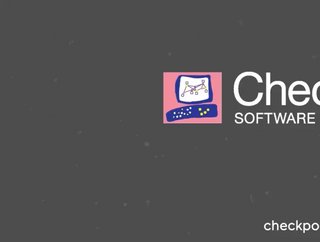 Roddy Maccallum, Country Manager for Check Point in Scotland, tells us about their partnership with NHS Scotland and working through COVID-19

Check Point Software Technologies is a leading provider of advanced cyber security solutions, supporting and securing over 100,000 customers globally across all industry verticals, having initially made its name as a firewall provider. "One of the best kept secrets in cybersecurity is that our founder and CEO, Gil Shwed, actually invented the firewall nearly 30 years ago" Maccallum says. "I'm very proud to work for the company that invented the firewall because it's widely accepted that this was the solution that started the cybersecurity industry."

These three product families can be consolidated into a single architecture called Check Point Software Infinity-Vision. "It's one of the areas of Check Point's portfolio that I'm most passionate about, because I think it's really unique" Maccallum says. "It adds real business value because customers can consolidate from potentially as many as 10 to 15 security vendors, adding security benefits in terms of shrinking that landscape but also massive commercial benefits in terms of freeing up resources and consolidating costs."

Check Point Software Technologies have been working with NHS Scotland for over a decade, traditionally providing a basic network firewall, however Maccallum explains that this relationship flourished when Check Point Software began recruiting locally in Scotland. "We learned more about NHS Scotland's roadmap and what they were trying to achieve. Now I don't class NHS Scotland as a customer, they are a partner. We share very confidential roadmap information with NHS Scotland about where our technologies are going, and that allows us to make sure we're aligned with each other and working collaboratively."

Today this partnership involves providing almost every element of cybersecurity to NHS Scotland, including network infrastructure and firewalling, through to securing all elements of NHS Scotland's public cloud workloads within Microsoft Azure.

During the pandemic Check Point Software worked with NHS Scotland on mission critical programmes such as the track and trace app, which is hosted in Azure. "The team at NHS Scotland were put under a lot of pleasure to create the app at speed and at scale. They chose to do that in Azure because of their phenomenal relationship with Microsoft, and the flexibility and agility Azure presents" Maccallum says.

"However, they couldn't have done that if they weren't 100% certain that it would be secure.  The fact that Check Point's firewalling capability is protecting that environment gave them the confidence to move that application to the cloud."

Having witnessed first-hand the immense stress NHS staff have been under as a result of COVID-19, Maccallum wants to express his gratitude for their efforts. "I would like to say thank you to the NHS, and I think it's really important to thank not just the frontline workers, but absolutely everybody connected to the NHS, from porters risking their own safety to transport patients in hospitals, to the chief executives that are under a huge amount of pressure to make sure their hospitals are able to support patients, right through to the IT teams.

"IT plays a critical role in the NHS regardless of the pandemic or not. Having had an insight into just what NHS Scotland's IT staff have been through over the last 18 months, I have such huge respect and admiration for those guys."