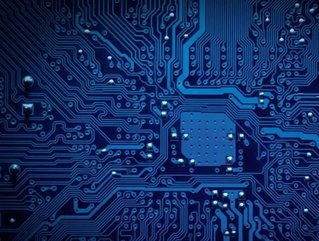 Broadcasters and video producers across the world are moving to computer-based platforms. As they do, access to any content, anytime, anywhere, is becoming a critical success factor. As growth of digital video data explodes, the introduction of digital asset archives is fuelling the IT and broadcast convergence. It brings increased automation, greater efficiency, global access, and sharing of content.

There are numerous factors pushing broadcasters to go digital. Digital content is growing, computing devices are getting faster and more powerful, and bandwidth is getting cheaper and more plentiful. Consumers expect more. They want content -- video and audio -- faster and in the format of their choice. Within broadcasting organisations, production staff want simultaneous access to video and audio material, all stored in different formats, for production and other functions. At the same time, broadcasters need to archive material and make it accessible for reuse by other players (from educational institutions to video-on-demand players) to maximise usage and increase revenues.

For broadcasters to keep pace with these demands, they must provide much more content across distributed networks, faster, and at a reasonable cost. In addition, the information must be delivered in such a way that it becomes much more powerful for users and is accessible anytime, anywhere. The evolution of broadcast facilities over the last two decades have helped lay the groundwork.

In this changing world of broadcasting, storage is the foundation upon which the broadcast facility is built. Cost-effective storage management, archival, and retrieval services create the framework for an efficient system.

Traditional approaches are cumbersome. To view an archived piece of material in a broadcast facility, users had to somehow identify the tape or reel on which the material resided, manually remove it from a shelf, and transport it to a viewing suite that contains the appropriate format playback device, such as a VTR or film projector. They then had to watch the entire tape or reel to locate the material they were seeking. It’s a long, tedious process using valuable equipment, people, and space.

The advantages of a digital asset archive over traditional processes and technologies are significant.

A video server and automation system bring the two worlds together. The video server, a storage and playout device, is one of the most revolutionary devices to enter the broadcast arena. It can hold many hours of video and audio content – including digital, tape-based, motion picture and photographic film formats – to be played out on demand.  The video servers provide high-bandwidth, high-speed network connections to other servers, editing systems, and playout and production devices. They also allow archive system management data to be exchanged with other systems via a robust API.

The video server is controlled by an automation system, which controls the ingest, storage and play out of programs and commercials.

From ingest to playout

Advanced automated storage and playout systems employ a hierarchy of storage technologies to store multimedia files and associated information. Online storage is the mission-critical storage for play-to-air material. It holds several hours of spots and programs that are scheduled to be played out during the day. Near-line automated tape libraries are the primary medium for archival storage. This is much less expensive than storing the same amount of information on disk-based storage, making it economical for storing the bulk of the material.

Archive management software enables automation and efficiencies. An archive manager is a middleware software application that bridges the gap between disk-based storage and the automated tape library. Its purpose is to provide an interface—or more accurately, an abstraction layer—between the video server and the automated tape library’s tape drives and robotics. It not only provides much-needed connectivity but also media management in the form of a database to keep track of the contents of the data tapes and the bins inside the library. It is very important that the archive manager be compatible with many automation systems and video servers.

Integrating digital storage with legacy video applications and devices is allowing any content to be accessible anytime, anywhere in the broadcast facility. Even as technology advances and disk capacity grows and becomes increasingly affordable, so will data tape capacity and tape transport data rates. For the foreseeable future, broadcasters’ data architecture will remain the same: video server caches with data tape library archival storage. Both disk and data tape storage will continue to provide a solid foundation for many years to come.