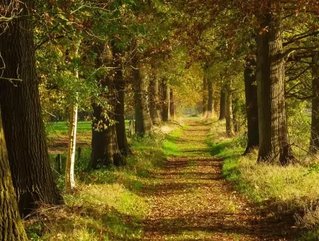 David Northmore, VP EMEA, MarkLogic, discusses the use of data to fight against poaching in Europe and Africa.

The battle to save the world’s most endangered species garnered international media attention earlier this year with news of the last male northern white rhino’s death. In fact, three of the five species of rhinoceros are now critically endangered, according to The World Wildlife Fund.

Much of the problem is caused by poaching, and it’s obviously not just rhinos that are at risk. Central Africa for example has lost as much as 64% of the area’s elephants in the last few years as a result of such illegal activity. While huge efforts are being made in the fight for conservation and there’s no doubt that technology has a significant role to play, it’s also clear that a technology gap still hinders the ability of many NGOs, governments and rangers on the ground from adequately protecting endangered animals.

The individuals tasked with this responsibility are frequently biologists and conservationists without technology backgrounds. On the other hand, poachers are often incredibly well resourced; using sophisticated weapons, tracking equipment and sometimes even helicopters to poach elephants, rhinos and other endangered species.

However, thankfully this technology gap is starting to be plugged, and one specific way is through better capture, integration and use of data. Dutch social enterprise, Sensing Clues is doing just this, having developed sophisticated, industry-leading sensor technology in collaboration with several organisations, including MarkLogic, with the aim of protecting endangered wildlife.

The technology has already been put into the hands of rangers and conservationists across Africa and Europe with encouraging results. One project has seen Sensing Clues develop an early warning system for rangers tasked with protecting elephants from poachers in Kenya. The system, a data hub framework, combines a number of different technologies: smart IoT sensors to detect human activity in remote locations, storage and management of complex data sets, analytical intelligence for spatial awareness and response coordination technologies; all driven by modern NoSQL database technology.

Is Google planning a new data centre for the Netherlands?

Five data dramas that keep your CIO up at night

As part of the system, sound sensors can also distinguish between different types of vehicles and weapons, while light sensors deployed across large uninhabited spaces can pick up humans using artificial light sources. The technology also enables rangers to produce and easily analyse and understand enormous data sets. With this 360-degree view of data they can now easily see when people are entering restricted areas, enabling them to react more quickly to threats.

Similar technology is also being deployed in Sweden and the Netherlands where the poaching of wolves is a serious problem. These countries are now starting to see a slight resurgence in the wolf population, which has also been impacted by habitat encroachment due to over-population.

However, the deployment of this kind of technology is not only limited to the fight against poaching. Nepal only has around 250 tigers left in the wild, with road accidents one of the biggest causes of tiger deaths in the country. Another project led by Sensing Clues has seen IoT sensors deployed along roads in Nepal’s Bardiya National Park, which produce data sets around the behaviours of drivers. As a result, rangers are able to analyse the data and understand the danger spots for tigers, subsequently steering the animals away from these areas and also diverting drivers.

The sensor technology being used in these innovative projects can also detect various metrics such as artificial light, radio frequencies, thermal heat and noises, which can alert rangers to the presence of poachers or companies conducting illegal activities such as dumping waste in protected areas. And, because the sensors are smart, they can make intelligent determinations about the incoming data, including distinguishing between domesticated and wild animals.

It’s clear that without access to such technology, rangers have little chance in being able to mitigate the threats they are confronted with each day. Areas of land are quite simply too vast, and boots on the ground too few. However, as Sensing Clues have shown, the tide is starting to slowly turn.

One of the keys to ensuring the ongoing success of such projects is integrating all types of data from different sources or silos, as we can see from how Sensing Clues is able to take information from beyond one sensor and gain a 360-degree view of the situation. If there is one lesson that can be learned from this, it’s that data really does matter, and so does the technology behind it.