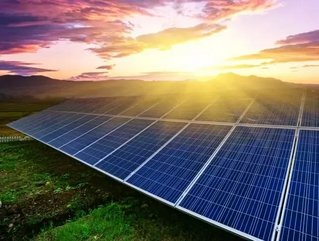 Électricité de France (EDF) has committed to an ambitious €25bn project to transform solar energy provision in the country.

Details of EDF's Solar Power Plan were unveiled this week, with the overarching ambition to develop 30GW of solar capacity in France by 2035.

Over a 15-year period starting in 2020, the group will build solar plants to increase the country's capacity by four and align with the government's plans for relentless investment in renewable energy.

According to its statement, EDF said 'tens of thousands' of jobs are set to be created in the construction phase of the project, when it will work with industrial and financial partners to quickly drive the expansion.

"The Solar Power Plan is of an unparalleled scale and marks a real turning point in EDF’s development of solar power capacity," said its Chairman and Chief Executive Jean-Bernard Lévy.

"It is a concrete illustration of the goals outlined in the Group’s CAP 2030 strategy, which was initiated in 2015 and aim to double the Group’s installed renewable energy capacity by 2030. EDF now has a new roadmap in renewables for the next fifteen years."

The Paris climate summit started on Tuesday, with world leaders and philanthropists gathering in the French capital on the two-year anniversary of the Paris climate accord.