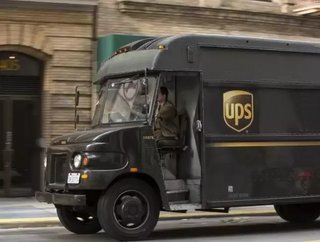 UPS has a reputation. It’s the world’s largest parcel service, a global leader in logistics, serves over 220 countries, employs over 444,000 people and delivers 18.3 million packages a day. Anyone would be forgiven for classing UPS as a corporate behemoth.
However, The UPS Foundation defies this perception. Founded in 1951, the group leads global citizenship projects. For instance, 2015 saw UPS providing relief during the Nepal Earthquake, the Ebola Crisis and the Refugee Crisis. This year, UPS is collaborating with Gavi (a global health partnership) and Zipline (a robotics company) to transport life-saving medicine via drone. The partnership is exploring how vital medicines, e.g. blood and vaccines, can be delivered to communities in rural Rwanda.
African Business Review spoke to Esther Ndichu, Vice President of Public Affairs in the Middle East and Africa, to find out more.

Tell us a bit about yourself and how you came to work for UPS.

I’ve been at UPS for 11 years. I’m currently the Public Affairs Director and I’m responsible for all our public affairs activities within the Indian sub-continent, Middle East and Africa. When I joined the company I worked in different roles, from engineering to revenue management and my most recent role was Manager and Supply Chain Director supporting the UPS Foundation, based out of Brussels. So this topic is one that is close to my heart, because I was involved in forming the Gavi partnership and we explored how our coverage in the humanitarian relief programme could help, from just the basic humanitarian and disaster response work and resilient work, and venturing more into what I call the public health arena. So, that’s me in a nutshell. I’m originally from Kenya but I’ve lived in the States. I went to school in Ohio, then lived in the States for a few years… a few meaning many [laughs]. Yeah, that’s me! That’s who I am.

How did the partnership between UPS Foundation, Zipline and Gavi come to be?

Okay, so we’ve had a partnership with Gavi for the last two-three years and our work with them has expanded from looking at their supply chain. We’ve had a couple of people that have been seconded on a special assignment at Gavi, looking at various parts of their supply chain and trying to figure out what UPS as a logistics provider could do for them. So that discussion was going on, and we had this one guy that was there for a while.  On a flipside to that, UPS are constantly looking for forms of technology to improve the way we operate. We’ve been looking at drone technology and we had a conversation with Zipline. Once we took the conversation to the next level, which is more than just “Hey! Tell us what you guys can do!” to “Hey! How can we work with you?” It became very clear that bringing Gavi into the conversation would be the next natural fit. Gavi - they’ve got innovation as one of their pillars. When they look at trying to go to the next level of their supply chain, or taking their supply chain to the next level, innovation is one of the pillars we’re looking at, so it was a natural fit. We bought the three folks to the table. Zipline had been talking to the government of Rwanda already about what possibilities there are too.

You’ve touched on how UPS contributes to the partnership, but it would be useful if could you tell us a bit more…

From UPS’ perspective, we’re coming in providing logistics expertise. We’ve got some folks who have been looking at drone technology internally, so from that perspective we’re coming in with the knowledge of what’s been done and what are the challenges. But then we also came in with money, as you can imagine this is an expensive endeavour. We came in with a $800,000 commitment to help this project in Rwanda. Zipline is bringing all the knowledge, the technology, the back end work. Keller Rinaudo, who’s the CEO of Zipline has dedicated his short life - he’s not an old guy [laughs]. He’s dedicated his professional life to looking at different kinds of robotics and how they work, how they can be implemented. With Gavi, we do realise that delivering vaccines is a problem, so we start looking at delivering vaccines into remote areas, rural parts of the world where that’s been a challenge for them so that they can get 100 percent coverage in a lot of countries. They had a need, but then they were also able to give to us, coming from an expertise of what is needed from a health perspective.

Some readers may be wondering why the world’s largest package delivery service is partnering with two relatively unknown companies. Are there benefits to working with smaller organisations?

I think for us it’s just making sure that their synergies are what we’re looking for. In this case, Zipline had a good product, they had a product that was able to meet a need we hadn’t been able to find in the market at the time. In addition to that, we find that it’s a niche company, right? So they’re focusing on robotics, they’re able to be more focused, it’s easier for us to engage with a specific group. For us, we’ve been looking for a way to expand our healthcare product and our health care offering, so we realise that smaller folks were able to give us a more focused and concentrated effort. Actually, Gavi is not a small player. It’s is the leading organisation responsible for delivering vaccines to 70 of the poorest countries in the world. With that comes a lot of power. They’ve got a lot of pharma companies backing them up.

Can you tell me about the technology behind the drone?

So, Zipline is responsible for developing the robotics behind it. You have to be able to come up with a system that’s sustainable and easy to be deployed. Looking at the system that we currently have, they operate with a hub concept, so their hub holds about 15 different “birds”, or drones. When we first started this project the analogy we used was a nest with some birds. The nest is a hub, and the hub has multiple birds or drones. The drone is able to cover a range of I think 25 km. It should be able to carry 1 or 1.5 kilos worth of vaccines or product.  Also, we use passive packaging, - plastic packaging which is able to maintain the temperature of the vaccine.

The hub is typically associated with a specific area you’re looking at, maybe a district hospital or what would be considered a district medical centre which, is the same as a warehouse with designated health clinics or designated health centres. They would be getting the product from that facility. Zipline will set up each location with a mailbox. Then, using mobile technology the health clinic is able to place the order to the medical centre. Once that order is received, they’re able to fulfil it. What makes this concept so cool is since the hub is so close to a medical centre, you are coming from an area that’s already temperature controlled. You really are able to reduce the exposure of the vaccine, or in the case of Rwanda, reduce the exposure of the blood to slight temperature differences, right? I think the maximum delivery time we’ve talked about is 45 minute. When the drone departs (the health worker already knows because they placed an order) they’ll receive notification that it has departed. Two minutes before it arrives they’ll receive another to tell them that the drone is already two minutes away. It comes in, drops the product off at a chute, turns around goes back to the hub.

Are there plans to expand the service to other countries?
Yes, the whole Rwanda product came in at the right time - as I said, some of the discussions had already started. We see ourselves being successful in any other country that faces the same challenges that Rwanda already has. The first phase of the project is to look at blood delivery and then expand to rabies vaccines, because rabies is a very high killer in Rwanda. Ultimately, if we’re able to succeed we do have several other countries that have expressed an interest.  This is definitely not a one-off project.

Amazon, Walmart and Dominos have shown interest in sending goods via drone. Is drone delivery the future?

There’s a lot of interest, everybody is expanding and looking for ways to operate efficiently. So I think so. It’s just a case of how fast governments are able to respond to the legislators or the legislation that’s required to have drones flying around. In the case of Rwanda, the government has taken a stand – they want to be at the forefront, they want to be the innovation hub for East Africa, and I think Africa as a whole. So with that, that means they have rules and laws in place that have made it easy for us to practices. So it’s just a question of how other governments respond and come up with rules to allow many birds to be flying around [laughs].

When will the project officially begin?

The drones land in July, they get to Rwanda in July, then they start testing in the summer, and we see ourselves being there for at least 12 months. It’s about the KPIs, it’s about being able to come up with something sustainable. It’s about having enough data to determine success.