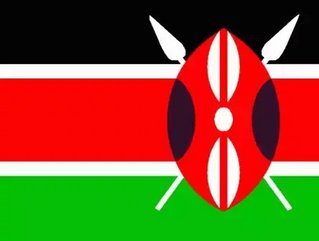 Africa has been largely ignored by the tech world in this age of information. While the EMEA, Asian and US markets have led the way in innovation, it sometimes feels like Africa is still left in the dark ages. However, recent data proves this is far from truth. A recent report from Research and Markets titled, "Kenya - Telecoms, Mobile, Broadband & Forecasts,” indicates the country’s telecommunications and broadband market is set for a revolution.

The recent implementation of Kenya’s first ever fibre optic international submarine cable to the country's shores – and future cables to come – means two things. For one it means bandwidth prices will fall significantly. This in turn means cheaper tariffs for phone calls and most importantly, the internet will be able to come to the mass market.

With the fibre optic cable implemented, Kenya’s incumbent fixed-line Telco, Telkom Kenya has made plans to change its infrastructure and services with fresh capital from new majority shareholder, France Telecom. It has also reentered the mobile market with a CDMA and a GSM network under the Orange brand. The report also forecasts the telecommunications market in Kenya well into 2015.

The report comes on the heels of an announcement from NewMarket Technology. The Dallas based company says it has released extensive expansion plans into East Africa and specifically Kenya. The 12-year company, with $100 million in sales, has already established bases in North America, China, Southeast Asia and Latin America. The company’s focus on the emerging market of Africa, Kenya in particular, seems to be a trend within the tech community.

Will more tech based companies head to Africa? Time will tell.