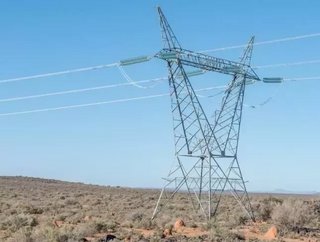 According to the United Nations, African’s economy israpidly grow, along with its population (it will reach 1.5bn by 2025). The joint venture will focus on Africa’s growth prospects in power generation, transport, oil & gas and other infrastructure areas. The partnership will facilitate access to capital, thus offering the ability to execute and fully finance both advanced and early stage projects.

Jay Ireland, President and CEO General Electric Africa comments, “This joint venture unifies three businesses with a strong commitment and expertise in African infrastructure. The joint venture is our response to an integrated infrastructure approach in Africa. We are proud to partner with the expertise and talent of Atlas Merchant Capital and Mara Group, who have an extensive footprint in Africa, to address the necessities of the African continent.”

The General Electric-led initiative wants to address rapid urbanisation and a growing African middle class who are devoid of infrastructure. According to the Programme for Infrastructure Development in Africa, an infrastructure investment of $360 billion in power production, power transmission, water storage, modern railways, port capacity and modern highways will be required until 2040.

Ashish J Thakkar, founder of Mara Group adds, “Africa is a continent of 54 countries, but there is very low connectivity between them. Intra-African trade, a key driver for economic growth, represents only a fraction of Africa’s total trade over the past decade and this is largely due to a growing shortfall in infrastructure development. Through our joint venture with GE and Atlas Merchant Capital, we hope to tackle the funding deficit by creating a platform that has the power to truly change the lives of those living on the continent.”

The joint venture is well placed to act as a leading shareholder alongside infrastructure projects. It will use its connections with banks, Power Africa, and other institutions to meet the debt component of its funding.