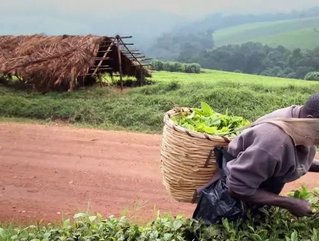 mPedigree, a Ghanaian start-up that uses mobile phones to protect pharmaceutical products against counterfeiting, has entered into a partnership with the Uganda National Bureau of Standards (UNBS) to provide a traceability and e-verification service for agricultural inputs and commodities.

The solution centres on a cloud-based system that creates unique codes which are hidden on medicines under an opaque layer and can only be revealed when the product is purchased.

This will be done in co-operation with Feed the Future, a USAID-led initiative that seeks to combat poverty, hunger and food insecurity as well as contribute to economic growth through agricultural production, improving agricultural practices and general nutrition.

The initiative brings together E-Tags quality certification and auditing service used in UNBS and mPedigree’s Goldkeys serialisation and authentication engine to create a channel for verifying the source and supply chain status of agro-inputs as well as their conformance with acceptable quality standards to check compliance with Ugandan laws.

Phase one is set for completion next year, paving the way for further nationwide phases that will extend to a broader set of private sector agro-input manufacturers, providers and distributors. Estimates suggest that fake seeds constitute between 30 and 40 percent of total local supply.

A statement from mPedigree said: “Fake seeds give poor yields or sometimes do not germinate at all, putting not just the livelihoods of farmers, but their very lives at risk, when financial ruin turns to suicide or self-harm.

“Fake agrochemicals often contain dangerous compounds that contaminate ground water, and poison consumers. A perverse twist to this development is the misrepresentation of banned chemicals as organic farm chemicals, thus turning the ecological goals on their head.”

The company also stated that the service aims over its lifecycle to empower five million farmers and generate more than $1 billion in aggregate value per year. It is first world technological interventions such as this that are providing small but incredibly effective solutions to real world problems.