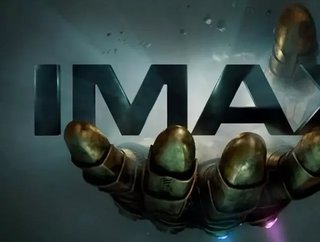 As cinema in Africa is on the rise, IMAX’s Giovanni Dolci explains the entertainment giant’s commitment to the continent and to the overall cinematic experience.

“What has always excited me is trying to capture the next big thing in entertainment,” says Giovanni Dolci, Managing Director for Europe and Africa at IMAX.

This is evidenced by his commitment to the forefront of the entertainment industry, where he has clocked up six years at IMAX, having previously worked at Arts Alliance Media. Dolci is passionate about the business of entertainment and all the aspects that go into it, from technology to marketing and creativity, and is a huge advocate of IMAX’s integration of all these elements to improve the experience of modern cinema-going.

What with the rise of online movie resources such as Netflix and Amazon Prime, and a consumer who demands to watch what they want, when they want, rather than bowing to a box office timetable, you would be forgiven for thinking that cinema was on the way out. But according to Dolci, this simply isn’t the case. “Everybody has always had this doomsday theory about cinema – when TV came out decades ago, people said it was the end of cinema… but actually, last year, the whole industry was up 5% in box office and the IMAX box office in the first half of 2018 was up 34%. It’s growing rather than declining,” he argues.

It’s clear Dolci is fascinated by the medium and its development over time, and puts a lot of faith in its success, which is why he chose to work for IMAX, a big-screen experience provider operating globally across 1,410 open theatres, with 534 in backlog. “My thinking was that the cinema experience needs to take a leap forward and become bigger, bolder and better, and when I look at IMAX, this is it. This is the future of our industry.”

What makes IMAX different as well as sustainable, according to Dolci, is an integrated business model that considers all elements of the cinema experience. “Screen and sound quality are only one piece of a much more complex formula. You have a lot of technologies out there, but that’s not what drives people’s love for cinema.”

IMAX works across a broad spectrum of partners and processes in order to deliver a best-in-class experience the world over. “We have really become part of the creative process. We try to influence the way movies are made so that there can be a special element and a special version of the movie which is unique to IMAX.” From relationships with filmmakers including Christopher Nolan and J.J. Abrams, IMAX encourages filmmakers to shoot movies using its cameras or special framing so all looks optimal and consistent on-screen. IMAX’s LA-based film team collaborates with filmmakers, cinematographers and movie talent. “We explain to them we can add something to their movie and provide them with tools to help them get their creative vision on screen,” says Dolci.

While the African market doesn’t yet form a huge proportion of IMAX’s business, with 12 theatres currently open on the continent, it’s a region Dolci argues is poised for growth. Moreover, IMAX is committed to being a huge part of this early penetration – for example, on certain blockbuster titles IMAX can generate as much as 15% of the county’s box office in some South African territories. “In a continent that doesn’t have a cinema-going habit – except perhaps South Africa and a couple of other territories – all of a sudden, cinema is on the map. It’s getting exceptional consumer feedback and we want to be part of that evolution.”

However, a challenge in the African cinema market is, not unlike the rest of the world, the rise of on-demand entertainment for consumers. “African countries have an incredible penetration of mobile phones, for example, so people are used to immediate access to content whenever they want,” says Dolci, but adds this has only served to highlight the difference of the cinema experience. “It’s promising to see, side by side, the success of the cinema industry and the cinemas that are open. Yes, people are used to content everywhere, but they also want the social experience.”

While Dolci admits the sector is showing slower growth than perhaps Europe or the US, he expects growth to go “hand in hand” with the development of overall economies and particularly retail in African nations.

“We knew we wouldn’t be able to open hundreds of IMAX theatres in Africa in the short term. Yet we wanted to be part of this growing cinema habit. We think that the IMAX proposition is exactly what you need in markets like this. In a territory where people are not used to going to the movies, where content access is immediate, and where disposable income is not as high, people need a very good reason to leave their home for the cinema and IMAX provides a one-of-a-kind experience.”

Africa also has unique demands in terms of content and experience, of which Dolci and IMAX are acutely aware. “Africa embraces action movies with a contemporary real-life setting, like Fast and Furious for example. In terms of experience, there is debate as to whether cinemas should offer more comfortable, private seats, but we see Africa going in the opposite direction. Audiences in Africa want to sit all together; they want to share that experience and live it as a group in a social way.”

IMAX is keen to develop partnerships locally in order to ensure it can cater for the unique needs of the market. “For instance, our partner in Nigeria, Filmhouse, has a sister company called FilmOne which is one of the biggest producers and distributers of Nollywood content – we’re sure there will be synergies there in the long term.”

Overall, the big-screen giant is primed for growth in the region, but slow and steady is the order of the day. “We don’t expect phenomenal, fast-paced growth in the short term, but we will continue to do what we’ve been doing so far. We want to be present in those territories that are having, for the first time in their history, a cinema offering.”

All in all, Dolci’s passion for the overall cinematic experience – “full immersion into a movie in a social context… it’s about putting the movie front and centre, making sure you can live in that world and participate in that world” – is one he is keen to share with the African continent, leveraging IMAX’s premium technology and strategic partnerships to do so.