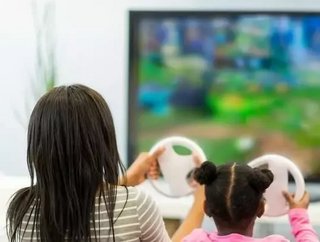 A few months after it turned 18, Ubisoft Casablanca closed down. The Moroccan studio was a stalwart of the African gaming scene, producing games such as Rayman Legends, Child of Light and Valiant Hearts. Although Ubisoft gave a vague reason for the closure (“we didn’t find a sustainable formula for the studio within our broader network”), the Casablanca branch shutdown poses a timely question. Can gaming studios survive in Africa?

We think so. South Africa’s independent scene has been going strong since the 90s, when Celestial Games’ Toxic Bunny became the first game in the country to sell over 100,000 copies. Today, indie studios are emerging across the continent, especially in Kenya, Cameroon, Morocco and Ghana. PwC, one of the world’s biggest professional services firm, also has faith in the industry. In 2015, it predicted that the fastest growth in South Africa, Nigeria and Kenya will be seen in video games.

Thus, we bring you our top picks from Africa’s gaming scene - studios that blend creativity, business sense and entrepreneurship.

Hugo Obi and Oluseye Soyode-Johnson founded Maliyo Games in 2012, making it one of the first video game companies in West Africa. “We look at entertainment and we see music and we see video, and we realised that gaming is not something people have caught up on. Gaming itself is a global phenomenon,” Johnson says. Maliyo Games (available on web or mobile) aims to tap into the Nigerian experience, via of style, graphics and culture. In Okada Ride, the player can control the motorbikes driven around real-life Lagos. Mosquito Squasher (now in its fourth edition) is Maliyo’s answer to Angry Birds.

Kenya’s Andrew Kaggia (formally Black Division) is best known for Nairobi X, a game based on an alien invasion of Nairobi.  Nairobi X is Africa’s first domestically developed 3D first person shooter and multiplayer video game accessible for Android, IOS and Windows and PC. Kaggia has noted that there is strong demand for local content in this form, and he’s right. Demand was so high that the server handling download requests crashed after about three hours, prompting an early release on Google Play Store the next day.

In its own words, Free Lives aims to make games that “someone out there might give a damn about”. The Cape Town company channeled its nonchalant philosophy into Broforce, a hypermasculine action-hero game that blew up in 2014. The game sold over 250,000 copies while still in development and by May 2016 had made almost $3 million. Broforce also received critical acclaim, gaining a 78 percent score from PC Gamer and an 8.8/10 from IGN. Other successful ventures include Ore Chasm and Strange Happenings on Murder Island.

Entrepreneur Guillaume Olivier Madiba set up Kiro’o Games in 2013, and released his first game after raising $270,000 in funding. “The diaspora supports African products. People want something new, innovative and exotic—this is what Kiro’o Games will offer,” said investor Rodrigue Fouafou, CEO of Canadian brand HartNamtemah. The game, Aurion, sees a royal couple travelling through a fantasy world of tribal characters, lush greenery and percussive music. Madiba consulted local Cameroonian tribe Bamileke for marketing help, what he calls, “local, traditional way of fundraising in tribes with the Wall Street logic of shareholding”. For his work on Aurion, Madiba was picked by the US state department to participate in the 2016 Mandela Washington Fellowship Program.

Launched in a small Lagos flat, Kuluya’s 13-man team gained $2 million funding after just six months. Kuluya produces cross-platform games with African characters. From high-end console to casual browser games, The Nigerian studio has launched 60 games since it started. My Oga @ the Top an online game was played 60,000 times within the first 72 hours. “Our games are developed for a niche audience that have, before now, not been catered for,” Kuluya state.