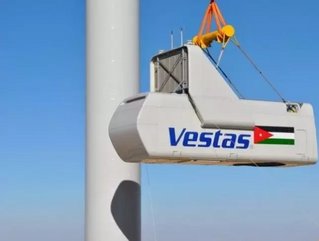 HE Mohammad Hamed, Jordan’s Minister of Energy and Mineral Resources, recently paid a vuisit to observe construction work at the wind power plant in Tafileh, which is being implemented by the Jordan Wind Project Company.

The 117-megawatt wind farm located in Tafileh, 180km southwest of Amman, is expected to be commercially operational in the last quarter of 2015.

The Tafila Wind Farm is being developed by a consortium  of Jordanian and International Companies Jordan Wind Project Company PSC,  (JWPC) with experience in the design, construction, and operation of conventional and renewable power facilities.

The first of 38 turbines at the Tafila Wind Farm was erected earlier this year. With a rated capacity of 3.075 MW, it is the largest wind turbine ever installed in the Middle East region.

The Tafila Wind Farm is financed by a lending syndicate arranged by the International Finance Corporation (IFC), with participation from the European Investment Bank (EIB), Europe Arab Bank (EAB), the Dutch Development Bank (FMO), and the OPEC Fund for International Development (OFID).

The Jordan Wind Project Company’s chairman, Samer Judeh, noted that one of the plant’s towers will be named after the Jordanian pilot killed by Islamic State, Muath Kasasbeh, the Jordan News Agency, Petra, reported.