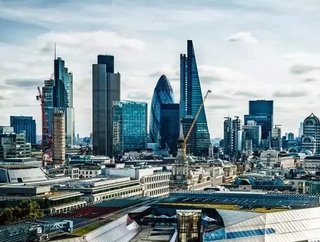 African startup founders looking to raise Series A funding and above will be selected by the PitchDrive team to embark on a landmark tour that aims to build stronger networks between European investors and African tech talent. Starting in London on 14th of August 2017, the cohort will visit Google’s Campus London, TQ Amsterdam, Factory Berlin and  Impact Hub in Zurich, concluding at NUMA Paris. Upon completion of the tour, the inaugural cohort will have pitched to over 300 investors, with the specific goal of raising over €20M in the three week period. This is the first tour of its kind to connect African tech companies with European capital, and the PitchDrive team is aiming to open up the sector to investors who want to build their portfolios to include emerging markets.

‘Bosun Tijani, CcHub Founder and CEO says, “PitchDrive will hit the road in August to connect Africa’s tech elite with Europe’s most influential investors. Applicants will be subjected to a rigorous selection process, and those selected will go on to have their business models scrutinised and analysed by some very shrewd and highly experienced investors at a Demo Day on each stop of the tour. It will be tough, but ultimately, we hope to help secure a number of breakthrough capital deals for those who embark on this journey with us. This is an incredible opportunity, and applications for just 15 places on the PitchDrive bus, are now welcome.

Google started in a garage two decades ago. Our bus is the equivalent of their garage. We hope that with the support of Google for Entrepreneurs on the PitchDrive tour, we may secure capital to launch a new trajectory for one or two African unicorns of the future”.

Applications are now open for African tech startups who are in a position to fundraise at seed stage and above. Those looking to apply must have been running for at least two years, and be a legal, registered enterprise able to demonstrate a minimum of 12 months revenue-generating operations and must be based in Africa. Ideally, startups will also have a strong management team who have worked together for at least 12 months and the founding team should own between 30-60 percent of the business with a high quality board. Founders must also be available for a three week period through the Summer of 2017.