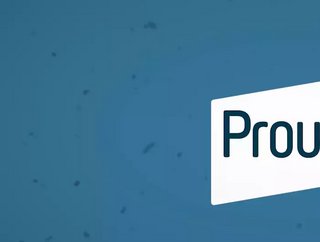 JJ Van Pletzen and Jon Wylie are veterans of operations consultancy Proudfoot. Between them they have almost sixty years’ experience with the company. JJ joined in ‘97 and Jon is about to celebrate 35 years at Proudfoot, a consulting pioneer with an impressive 75-year history. They have both worked across the globe.

According to Van Pletzen, VP, Operations at Proudfoot US and a South African who has spent half of his working life at Proudfoot, he is part of a continually evolving business. He’s seen an evolution from the days when consulting focussed on helping clients boost productivity through effective Management Operating Systems, a concept Proudfoot innovated eight decades ago, to understanding it is the workforce and stakeholders who need to be at the centre of effective change. ‘We’ve come a long way,’ he says. ‘Our focus is more about people now, aligning people, operating systems and strategy then bringing that together in a digital world.’

Jon Wylie, Proudfoot’s Managing Partner Americas & President Global Natural Resources, re-enforces this. He says the challenge in the digital world is to put people at the centre of company strategy. ‘The old way was the “compliance” model. That was flawed,’ he says. ‘The elephant in the room is that many employees care more about what they want than what their company wants. As JJ says, it’s all about engaging them. Change happens on an individual basis. That means speaking to individuals - directly - to talk about how they can engage and participate in change.

‘Many people think there is resistance to change in business. There isn’t. There is resistance to how change is being led and created.’  Proudfoot’s methodology, in digital and operational change, focuses on the truism that ‘nothing moves until people move,’ This belief is at the heart of each client engagement, ensuring all stakeholders are involved in change from an early stage, assuring that all transformations are successful, sustainable, and deliver measurable results far beyond their client’s original investment.

Both men agree the global mining, exploration, manufacturing world faces huge geographical and cultural challenges. And, despite the hardship and tragedy of Covid, the pandemic has meant solutions and change has accelerated with once unimaginable speed. Wylie sites Proudfoot’s work with the Ukrainian based iron ore mining company Ferrexpo as a good example of how the obstacles of a Covid/climate change age, are being met.

‘In a Covid world we are seeing pent-up consumer demand,’ says Wylie. This is sparking significant growth. ‘Mining companies such as Ferrexpo, providing raw materials, (Ferrexpo is the world’s third largest producer of iron ore pellets) will be going through that demand cycle.’

Both agree recent history (prior to and during the first year of the pandemic) many mining companies were in a low pricing condition. ‘They weren’t investing in expanding operations either to reduce costs or extend the existing mine life,’ says Wylie. ‘But now there is a surge in demand for capital projects. There is a move to build new mines and expand capacity to meet demand. That stretches an organisation in a good way and requires new skills and systems to meet those demands.’

Proudfoot specializes in helping clients adopt technology and optimise that through the right operating model while engaging people – all the stakeholders. Making the most of work processes across the entire value chain and identifying and releasing the hidden millions in the operation.

‘When Jon talks about digital transformation, it’s all about helping clients humanize this process in addition to optimizing. That’s down to the way you manage. And, of course, you have to optimise before you digitise,’ says Van Pletzen

That’s where Proudfoot comes in.