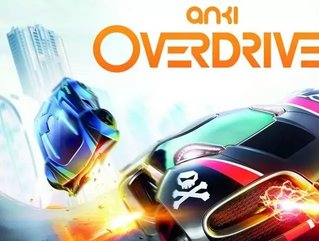 Robotics innovation Anki OVERDRIVE has recently launched in the UAE. Business Review Middle East talks to Anki’s Stuart Collingwood to find out more about the region’s games and technology sector

What is Anki OVERDRIVE?

Anki OVERDRIVE features state-of-the-art modular tracks, physical robotic supercars and innovations in battle-racing gameplay. It merges toys, videogames and robotics technology. Players can build their own battle-race courses and pit their real-life robotic supercars against their friends or step up against enemy AI opponents in the game’s campaign mode. And with continuous software updates with new features and functionalities, the gameplay always stays fresh.

Since 2010, our mission has been to harness robotics and AI technology to bring to life consumer products with unprecedented level of intellect and interactive capabilities. The entertainment space has always been a great entry point for us as it’s one that hasn’t evolved much in decades, meaning there's opportunities for great innovation.

Anki OVERDRIVE launched in UAE in May 2016, and is currently available at select stores across Dubai and Abu Dhabi including Harvey Nichols, Virgin Megastore outlets, Dubai Duty Free, Hub Zero, and Souq.com.

Why did you chose the UAE for your next launch after Europe?

The UAE market appealed to us for several reasons. A recent Euromonitor report suggested that the retail value for UAE’s toys and games industry will reach $1.06 billion by 2019. Globally, UAE has emerged as one of the most attractive destinations for retailers, largely spurred by a growing middle class with disposable incomes and, widespread adoption of smartphones. Key events like the UAE AI & Robotics Award for Good and World Drone Prix were strong indicators of consumer interest and confidence in robotics and AI technologies, which make up the core of the Anki OVERDRIVE experience.

How does the toy/gaming industry differ in the UAE from Europe/US?

The widespread adoption of smartphones in the UAE, and the propensity that consumers here have to use their smartphone as a gaming device are characteristics that make the UAE standout. Also, with a thriving middle class, the UAE is becoming a premier shopping destination with thousands of square meter of retail space being added every year.

Is there anything similar already on the market in the UAE?

There’s no other company in the world which offers similar state-of-the-art technology, which translates to one-of-a kind battle-racing experience.

Did you work with any local partners for the launch?

We are working with Virgin Megastore and Harvey Nichols, both which have set up Anki OVERDRIVE demo stations in their retail locations across Dubai and Abu Dhabi.

How important do you think local knowledge is for a launch like this?

As the toys and games space becomes increasingly crowded (and thus more competitive), it was paramount that we understood UAE’s market trends; marketing and advertising best practices; and, most importantly, consumer preferences, before we entered the market with Anki OVERDRIVE. With the UAE, we were confident that Anki OVERDRIVE would resonate with consumers, and are thrilled by the positive reception we’ve received to date.

How have you been able to contribute to Dubai’s ‘smart city’ agenda?

Whilst many may see Anki Overdrive as a radio-control toy car, it is in fact much more than that. Players are able to bring virtual battle-races to real life at the intersection of games, toys and robotics.  All of this is possible due to the underlying robotics and artificial intelligence, which hasn’t been seen in a mass consumer product. Anki is proud to introduce a product to the UAE market that uses robotics and AI that resonates with UAE’s vision to embrace advanced technology to create new experiences.