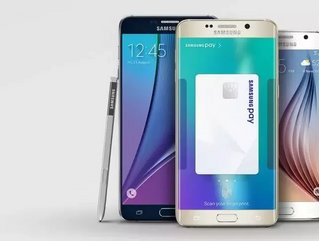 Samsung has announced the launch in Spain of Samsung Pay, the first country in Europe to receive the service following successful launches in South Korea, the United States and China. Samsung Pay is also the first mobile payments service of its kind to be launched in the Spanish market.

The company plans to roll out the service to at least four more European markets over the next year, the UK being one of them.

“We are proud that Spain is the first European market to introduce Samsung Pay, an innovative new service that we believe will mark a turning point both in Spaniards’ payments behaviour and the evolution of the payments market as a whole,” commented Celestino García, Corporate Vice President, Samsung Spain. “The opportunity for Samsung Pay in Spain is significant, due to the high smartphone penetration rate and the digitalisation of the banking sector. Moreover, according to recent research[1] commissioned by Samsung, nearly six in 10 Spaniards are interested in incorporating a secure, simple and widely accepted payments service like Samsung Pay into their lives.”

New research conducted by Ipsos for Samsung Spain found that half of Spaniards aged between 35 and 65 carry more than two debit or credit cards in their wallets. According to the survey:

Samsung Pay meets these requirements, offering three layers of security, ease-of-use and the option to pay at any location with a contactless point-of-sale (POS) terminal. Using the service does not incur an additional cost for users or businesses, as they simply need an NFC-compatible POS terminal. Users can also add up to 10 cards to the Samsung Pay application, without incurring additional charges from their banks.

With regards to mobile security, 90 percent of respondents surveyed were concerned about losing their device and someone accessing their card data. In order to deliver maximum security, Samsung Pay includes fingerprint identification, which guarantees that if your mobile phone is lost or stolen, no one will be able to access your payments information.