[Survey] What the Internet of Things means to South Africans 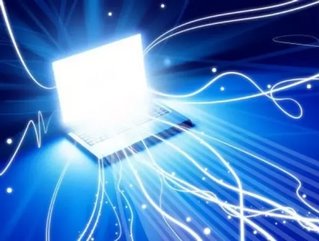 Fortinet a global leader in high-performance network security, released the results of a global survey that probes homeowners about key issues pertaining to the Internet of Things (IoT).

Independently administered throughout eleven countries, the survey titled, Internet of Things: Connected Home, gives a global perspective about the Internet of Things, what security and privacy issues are in play, and what home owners are willing to do to enable it.

Perry Hutton, Fortinet’s Africa Regional Director, said: “The battle for the Internet of Things has just begun.  According to industry research firm IDC, the IoT market is expected to hit $7.1 trillion by 2020.

“The ultimate winners of the IoT connected home will come down to those vendors who can provide a balance of security and privacy vis-à-vis price and functionality.”

Completed in June 2014, the survey asked 1,801 tech-savvy homeowners questions relating to the Internet of Things as it pertains to the connected home.  These were the top findings among South Africans:

The Connected Home is a reality –In South Africa, 60 percent said that the connected home is extremely likely to happen in the next five years.

Homeowners are concerned about data breaches –Almost 40 percent of South African respondents said that they were “extremely concerned” and 40 percent was “somewhat concerned.”

Privacy and trust are concerns –Fifty eight percent in South Africa agreed with this statement.

Consumers look to their government for data regulation –In South Africa only 25 percent agreed that the government should regulate collected data.

Homeowners are willing to pay for a connected home –More than 15 percent South African homeowners indicated that they would not pay more for their Internet service and for a new wireless router.

Price is the primary factor – Although homeowners report a willingness to pay more to enable their connected home, when asked what factors impact their buying decisions of connected home devices, the number one answer that was consistent in all countries was price, followed by features/functionality and then manufacturer brand.

Hutton concluded:  “The Internet of Things promises many benefits to end-users, but also presents grave security and data privacy challenges.

“Crossing these hurdles will require clever application of various security technologies, including remote connection authentication, virtual private networks between end-users and their connected homes, malware and botnet protection, and application security − applied on premises, in the cloud and as an integrated solution by device manufacturers.”