Three technology trends that all businesses should learn from 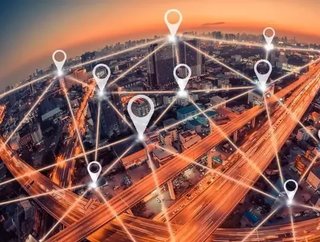 The digital revolution means that across the world, the way we work and interact with businesses is rapidly changing. But for many traditional companies, it’s the tolling of a bell that sounds a fear of being consigned to irrelevancy, as the tech giants gain momentum.

But organisations outside the tech space needn’t sit idly by.

Just as tech firms have learned from other sectors to expand their outlook, traditional organisations need to embrace ideas and concepts that have worked so well for their tech cohorts.

There are plenty of trends that the technology world has already prepared for, and in some cases it’s already overcome the challenge. Here are three of the biggest trends that businesses of any shape or size should consider over the coming years, and what take aways can be had from the tech sector.

Businesses need to avoid ending up in the ‘the squeezed middle’

The majority of businesses today tend to fall into two main groups. The first group includes companies that have extended beyond their original marketplace and have applied their values elsewhere. For example, Amazon has transferred its ‘delivery on demand’ ethos to the world of entertainment, offering users both music and video content to stream at will. At the other end of the spectrum sits group number two - the specialist brands – that have crafted their services to a specific need, such as micro-breweries and craft gin makers.

So what about the many businesses that currently sit in the middle? It’s vital that companies understand their identity in the marketplace to escape the squeezed middle; they need to uncover their purpose. Whether it’s to give consumers more time to spend with their families, or to provide new opportunities to today’s youth, businesses that have a purpose are far more likely to succeed commercially than their counterparts.

Businesses in search of a solid proposition must consider their future goals. As customers become more sophisticated, one mere product or service from an organisation will no longer suffice. Defining a purpose and coherent objectives means that a business can change over time. It also means that a brand can continually re-define its relationship with its customers, and establish a strong, long-term bond.

Another major trend emerging from the tech industry is artificial intelligence (AI). Whether it’s through chatbots or machine learning, AI is becoming more contextually aware and can predict behaviours based on pre-existing habits. Naturally, the next stage of this will be AI’s transition to emotional intelligence. Services using AI capabilities will be aware of the end user’s feelings and expectations and can react in real-time.

This intelligence can act as the cornerstone of customer interaction and with the right support can better benefit a business. For example, if a machine can learn when consumers are more likely to buy certain products and predict potential influences around the purchasing decision, a business can then tailor their interactions with customers on a personal level. AI can also influence the way in which businesses interact directly with customers, and how in turn consumers perceive their brand.

The key component to AI’s success is to remain transparent. Customers want to know exactly who or what they are interacting with, and how their information and data is being used to create a better service. Businesses need to avoid casting any doubt over their authenticity or purpose. Convincing a user that parting with their personal data is worth it will turn AI into EI (emotional intelligence).

Perhaps one of the biggest challenges facing businesses is the fact that the world around them is exponentially changing. Moore’s Law is a commonly-held theory that technology will become twice as fast, or half the size, or half the cost every year and a half. With such a fast pace of innovation in tech-land it can be difficult for traditional businesses to keep up – let alone sit in the driver’s seat of change.

Lending to tech firms’ success is their capacity to think like start-ups and yield that founder-led mentality. Because they’re not in a tightly squeezed middle, and have their finger on the pulse of their consumers, they can react rapidly to industry developments. For example, Google’s reputation as an information expert puts them in a great position to develop an AI assistant for the home.

In order to emulate their tech rivals, businesses need to rewire their organisations to become living organisms. Rather than remain rooted in tradition, a business should break away from its established silos to become a single and united entity. A ‘Living Business’ is essentially an extension of the start-up mentality – a place that learns to foster innovation and listen to its employees as well as its consumers. It’s about taking the plunge to try different things, to embrace the concept of getting things wrong and putting them right – this helps a business remain relevant in the constant realm of change.

The business world will always face challenges of enormous scale, but many can benefit by learning from their competitors rather than challenging them. In recent years, the tech industry has been a pioneer for change but thanks to technology itself, the time has come for traditional organisations to take back the mantle.