The top five technological innovations of 2017 so far

By Frédéric Dupont-Aldiolan
May 19, 2020
undefined mins 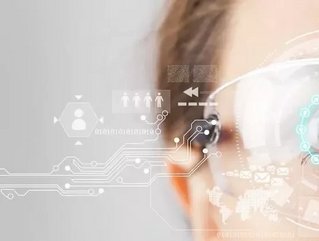 Artificial intelligence, robotics, machine learning and the Internet of Things: 2016 stood out as a year marked by technological development and significant advances in several fields, not least that of connected, driverless cars. Against this backdrop, a clear trend is appearing: the growing influence of robotic technology in daily life.

In 2017, we have seen more promising innovations. Here is my review of the top five things we are seeing:

5. IoT, the Internet of Things

Stars of the Consumer Electronic Show (CES), which took place in Las Vegas in January, and Viva Technology, which took place in Paris in June, the Internet of Things was thrust into the spotlight in 2016 and continues to bring increasingly intelligent connectivity to our daily lives. Smart devices, equipped with bar codes, RFID chips, beacons or sensors, are taking the lead and enabling companies to gain greater visibility over their transactions, staff and assets.

In 2016, information and technology research and advisory company Gartner estimated that there were 6.4 billion connected devices globally, an increase of 30% on 2015. By 2020, this figure is likely to have grown to 20.8 billion.

4. The explosion of Big Data

Network multiplication brings with it a proliferation of data generation, whose analysis, use and governance have become a burning issue. According to estimates by IDC, an international provider of market intelligence for information technology, by 2020, every connected person will generate 1.7MB of new data per second.

The concept of ‘perishable data’ has lost validity. In 2017, companies now have the capability to use data before it becomes obsolete. Devices connected via the Internet of Things will rapidly speed up data decoding and processing for actionable insight.

3. The ramp up of artificial intelligence and automatisation

Artificial intelligence has been one of the main talking points in technology over the last year. Encompassing areas such as machine learning, robotic intelligence, neural networks and cognitive computing, it’s now in daily use in numerous forms including facial and voice recognition, endowing velocity, variety and volume.

This year, artificial intelligence has taken on an increasing number of repetitive and automatable tasks, beginning with wider use of ‘chatbots’ with the capacity to give coherent, easily formulated responses. IDC pinpoints robotics driven by artificial intelligence as one of the six innovation accelerators destined to play a major role in the digitalisation of society and the opening up of new income streams. Indeed, Amazon and DHL are already making use of warehouse handling robots.

Location technology has taken great strides over the last year or so, to the marked benefit of customer satisfaction in the hotel, health and manufacturing sectors. Customers can now receive geo-targeted offers on their smartphones, for example for promotions or reductions, depending on their physical location.

In 2017, RFID chips enable yet more accurate tracking of customers and enhancement of their buying experiences.

One of the biggest innovations recently has been virtual reality, and with it came much media coverage too. From Facebook to Sony, Google to Microsoft, big brands grasped this new technology to offer an outstanding user experience, through the merging of virtual and real imagery.

In 2017, these virtual devices have acquired an awareness of their environment and give users a real sense of immersion of the digital environment from within their own homes. The potential of augmented reality for business will be harnessed too in the coming months. Some companies, among them BMQ and Boeing, are already employing it to increase their retention and productivity rates, or to provide training to their workforces across worldwide subsidiaries.

Over the next few months, as we gear up for another round of product launches, we should expect to see advancements in these key areas of technological innovation. Within business, this technology should help to improve customer service by speeding up and streamlining the manufacturing process, which can only be a good thing, as well as providing new and exciting ways to reach and engage with customers.