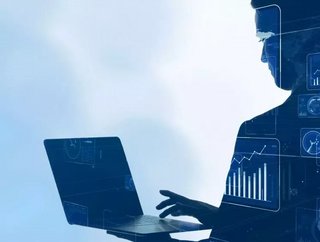 Tricentis’ founder and CSO Wolfgang Platz on the company’s software testing capabilities and its partnership with SAP...

Software testing company Tricentis has recently been chosen by SAP for a strategic partnership in the space, as Founder and Chief Strategy Officer Wolfgang Platz explains: “This partnership goes beyond anything that SAP has previously gone for with a vendor, because it is not just about reselling or sharing products. It is also about sharing development.” SAP’s choice was informed by Tricentis’ reputation in the field. “We are viewed as the global leader in software testing, with about 2000 enterprise customers,” says Platz. “The who’s who of big industries such as insurance, financial services, banks, etcetera are with us, so there’s a large overlap of customers between SAP and Tricentis.”

Alongside its proven reputation, another factor that Platz emphasises is Tricentis’ position as a trusted technology innovator in fields such as artificial intelligence and cloud deployment, which bring concrete results. “What we bring to the table is a significant improvement in software testing, with customers achieving up to a 10 times faster release cycle. That’s important for SAP, since they want to increase the pace of innovation in their intelligent suite, while reducing costs in software testing.”

Tricentis has been at the forefront of changing the software testing industry via automation. “It has changed because of us,” says Platz. “What we have brought to the table is the opportunity to achieve new levels of automation. In former days, software test automation always required programming skills. You needed to be a developer. But we have changed this completely by evolving that process into a business discipline.” No longer constrained by the need for programming syntax, Platz says simply “Our software understands business talk. We've changed the paradigm of automation.”

Tricentis is continuing to innovate, adding new levels of automation by applying artificial intelligence and democratising access to testing. “It opens up a completely new category of testers to become productive, because you don't need to know anything about the technology in the background,” he says. One way that’s achieved is using AI to create an automated sequence from a video of a user interacting with an application.

Such innovations are lessening the burden of software testing - especially important for frequently updated software such as SAP’s offering. “People dislike upgrading because they need to test everything, so what they try to do is stay on an old version for as long as possible - one customer didn’t update anything for eight years!” says Platz. “What we can do with our software is find out what the bare minimum of testing should be, so that you don’t face a risky go-live. Through that, we can reduce testing efforts by up to 85%, bringing huge benefits. This is what we bring to the market. This is what SAP found particularly exciting about us. And that is why we are now shaking hands.”