Why CIOs should reverse the 80/20 rule 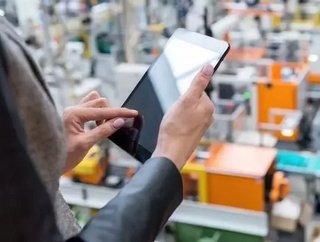 Which one are you? Are you a CIO investing more of your time and focus on business innovation rather than tech innovation? Or are you still trying to carve out time to work on new projects that will increase your company’s value and competitive edge? You’ll know by your maintenance to new project ratio: the 80/20 rule.

Savvy CIOs have cracked the code on flipping this rule – that is, spending less time maintaining IT infrastructure, and more time driving business value. These CIOs realise that they don’t have to choose between being a technology innovator and a business innovator. They can be both. Moreover, they should be both. You see, for years CIOs have been trapped by this 80/20 doctrine where 80 percent of time is spent on IT upkeep and only 20 percent on new projects. But now, many CIOs are finding a way to spend more time on innovation and new projects. And they’re being rewarded for it. IT is more efficient, teams are more agile, modernised systems are delivering improved application performance, and overall costs are down. How are they doing it? Two main options …

Built on the principles of simplicity, efficiency, and agility, hyperconverged infrastructure and cloud computing are two data centre technologies attracting the eyes of forward-thinking CIOs eager to make IT the centre of innovation.

Cloud computing offers a utility-driven approach to enterprise IT. With self-service provisioning, a pay-as-you-grow infrastructure, and a service-driven operating model, cloud computing can be delivered in private, public, and hybrid implementations. Each choice has its own advantages and drawbacks, but the core benefits remain the same – easy ability to scale, an elastic consumption model, and efficient use of resources.

Hyperconverged infrastructure looks to solve many of the same problems as cloud computing. In essence, hyperconverged infrastructure takes all of the critical components of a traditional IT stack and consolidates them into one solution that can be managed by a single administrator. That means that things like servers, storage, and storage networking are all combined into one product. Some solutions go even further by integrating components and features like WAN optimisation, inline deduplication, and data protection.

By converging all critical IT components into one solution, the data centre becomes a very different place compared to what it looks like with traditional IT infrastructure. For starters, the 80/20 rule is flipped on its head. With just one FTE (full-time equivalent) needed to maintain the entire environment, the IT organisation can collectively focus on new projects instead of just upkeep tasks. This leads to a leaner and more efficient IT environment. Leaner because the data centre footprint is reduced as there are less physical components taking up floor space and power and cooling resources. More efficient because the IT team is now able to focus on driving business value. In fact, an April 2016 study by IDC found that customers of one hyperconverged infrastructure vendor were able to increase time spent on innovation and new projects, as opposed to maintenance tasks, by an equivalent of 81 percent.

Are you feeling pressure from your business constituents to “cloudify” your IT services? It’s clear that the 80/20 rule could be holding you back. To realise your vision of being truly innovative in both a business and a technology sense, you’ve got to “make the flip.” To do so, you need to look outside of the traditional legacy infrastructure and architectures toward new, disruptive approaches that promise the benefits of increased reliability, efficiency, and performance. Only then will you be on a path to IT as the centre of innovation.