Why your business needs to be available 24/7 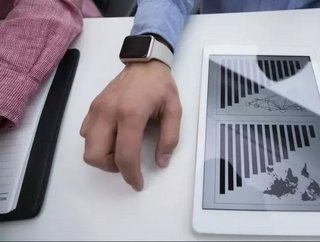 European economic growth this year could be the strongest year for growth across the European Union as a whole since 2007, according to PwC. In 2015 we witnessed improved economic performance and unemployment rates decreasing. For businesses within Europe, the growth will lead to further prosperity for businesses of all sizes, from SMB to enterprise.

However, this growth will only be maintained, and improved upon, with hard work and savvy technology deployments. The nature of modern business means that weekends and lunch breaks sometimes take a back seat as the marathon of business takes over. Today, more so than ever, entrepreneurs cannot afford even the smallest amount of downtime as any interruption to normal service can result in a loss, especially for those companies whose business relies on continuous operation and 24/7 customer service.

When considering the implications of downtime we need to go beyond a purely monetary mindset to consider the reputational risk that comes with service disruption. According to the 2016 Veeam Availability Report, 73 percent of IT managers and decision-makers felt that application downtime or data loss will negatively impact customer confidence and brand integrity. Restoring business reputation requires much more time and effort than the restoration of a working infrastructure, which is why it is vital to protect yourself in advance. However until recently, most business have neglected this mindset, despite many high-profile incidences of data loss.

In order for businesses to protect themselves from unscheduled downtime, they must embrace the ‘always-on’ mantra. The report found that the average cost of downtime globally for mission-critical applications is almost $80,000 per hour. For non-mission-critical applications, this decreased to just under $60,000 per hour. It also revealed that 84 percent even acknowledge that their business suffers from an ‘Availability Gap’ – otherwise known as the gulf between what IT can deliver and what users demand.

Today, these challenges are further exacerbated by a tightened economic environment, where companies demand a 100 percent guarantee that the IT infrastructure of the company will not fail at a crucial moment. Expectations are heightened. The reliability and stability of IT systems that provide instant uninterrupted access to files and applications, allow companies to operate as always-on, and this must be the de facto standard. The success of the always-on business, which has replaced the old working pattern of “five days, eight hours”, lies with the availability of data and applications 24 hours a day, 7 days a week, from anywhere in the world.

An always-on environment requires modern data centres that are able to scale according to organisational needs. A main driver for organisations to modernise their data centre is to lower IT operational costs. From a European perspective, IT decision makers from Italy (80 percent) the UK (77 percent), Spain (73 percent) and Germany (66 percent) are most likely to say that they are trying to lower IT operational costs in order to modernise their data centre. It is in these countries that the pressure to reduce costs is likely to drive updates rather than the need to improve the Availability of the data centre, but this mindset isn’t necessarily “correct”. Cost savings must be balanced by the value delivered by a solution – in this case, there could be eventual financial benefits by proxy by minimising potential downtime.

Alongside being always-on, it is important for businesses to ensure the safety of its storage and have the ability to recover data in a critical situation. Here the main role is played by the availability solution, which is charged with the task of ensuring the continuity of business processes and the ability to restore the infrastructure from anywhere, with no load on the environment.

With legacy backups rapidly becoming obsolete, the market for data availability is now in the region of $12 billion, according to Roy Illsley, Principal Analyst, Ovum. Due to this market growth, businesses should now replace their current IT infrastructure with reliable IT solutions and virtualisation technology.  Today more than 50 percent of the world operates on virtualised servers, and Gartner predicts that by 2018 this will increase to 82 percent. Virtual servers contain massive amounts of data, and in order to avoid data loss it is imperative for businesses to regularly back up their files to ensure constant availability.

Replication practices must keep pace with the times and offer instruments that meet the complexity of the architecture of modern IT systems and prevent data loss with a disaster recovery and protection solution.

With this in mind though it’s surprising to see that, from a European perspective, Germany (71 percent), Italy (83 percent) and Spain (63 percent) are most likely to use local backups, both currently and in two years’ time, according to Veeam’s findings. These statistics suggest that these regions are somewhat behind the curve when it comes to implementing modern methods of disaster recovery and data protection, such as offsite back-up to disk, tape or the cloud. In comparison, the UK appears to be more advanced, with only 54 percent of respondents saying that are likely to use local backups, as opposed to offsite.

There is an increased need for a new generation of solutions for backup and recovery systems, especially if such hardware can provide snapshots every 15 minutes and create backups for restoring either an entire system or a small section. Backup should always follow the “3-2-1” rule, which involves the creation of three copies at once, one of which appears on a remote server (the second physical media), and another in the “cloud” (not the physical remote copy). This method gives the user access to the files permanently and from anywhere in the world, despite any potential failures.

Availability for the masses

Critically perhaps, these availability technologies were not available to most entrepreneurs and managers due to high cost and a limited number of business applications. Today there are solutions for small and medium-sized businesses that provide the necessary level of protection, allowing data backup to be carried out in a short space of time.

Thanks to new, high-quality solutions making it both affordable and easier than ever before to prevent the loss of data, it is no longer the case that businesses have to choose between optimising their budget or safeguarding their data. The availability of information 24/7 is becoming a reality for millions of entrepreneurs around the world, paving the way for the era of the Always-On business.

Read the May 2016 issue of Business Review Europe magazine