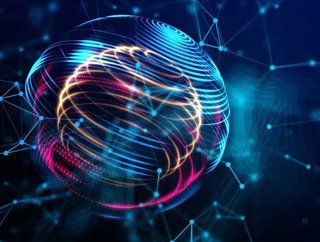 IT services giant Wipro has been a close partner of tobacco company JTI for more than a decade. Vinu Varghese has been at the organisation for eight years, and possesses over 23 years in the industry. “I manage the consumer business unit for continental Europe, one of the six business units of Wipro,” he says. “And this includes four verticals - retail, CPG, travel and media.”

The company, which boasts a $25bn market cap and around 180,000 consultants, works across a hundred countries. Varghese points to its ownership structure as one of its defining traits. “What really makes us unique is that we are almost 70% owned by a charity - the Azim Premji Foundation. And this foundation works with 300,000 schools to ultimately provide education to children who would otherwise not have gotten education in remote parts of the world. It means that every quarter, 70 cents in every dollar we make goes to the charity, which is something that we're particularly proud of.”

Wipro’s long standing association with JTI began with data centre operations, with Wipro now ensuring high availability and performance levels across the globe. “Then we moved on to independent validation,” says Varghese. “This was a very important initiative for JTI, which has freed up their business users so that they could focus on more value-added work while we take on the drudgery of testing.” That’s been achieved with automation, with Wipro employing extensive regression testing to make sure of functionality before going live.

Wipro also works with JTI on the security side, including identity access management and security incident and event monitoring. “A fourth very important aspect is closely related to the BPM initiative of JTI,” says Varghese. “JTI is setting up shared services centers around the world and transforming its operations. We were tasked with creating the knowledge management around it - the documentation - which ultimately would help them streamline processes.”

The aim of the collaboration is simple, says Varghese. “Fundamentally we are aligned to help JTA achieve its vision of being the number one tobacco company in the world by 2030. The bedrock is delivering success. It's about making promises and keeping to those promises.”

Varghese is confident that the relationship is built to last, with future focuses including blockchain, cloud, artificial intelligence and analytics. “We see digital and technology driving a lot of decisions and changing the world today, especially in organizations like JTI.”