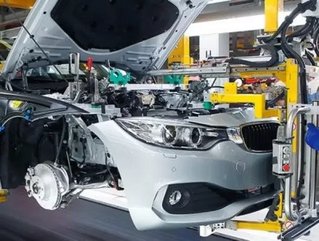 German car manufacturer BMW is to invest $1 billion in building a state of the art factory in Mexico.

The new plant in the state of San Luis Potosi will be BMW’s second in North America once production begins in 2019.

Mexico has become a new hotbed for automotive manufacturing, largely because wage levels are roughly 20 percent lower than across the border in the United States.

Car production in Mexico leapt by 7.2 percent during the first part of 2014, with 1.31 million vehicles being made in the months January to May. Last year was a record-breaking year with numbers reaching 2.93 million.

Free trade agreements with the US, Latin America and Europe are key factors in facilitating the upsurge in foreign interest in the country.

Rumours are being circulated about which BMW models will be built at the new plant with the company yet to decide.