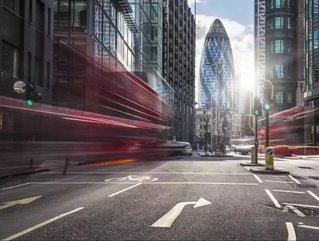 BNP Paribas is keen to expand its footprint in the United Kingdom as it looks to exploit uncertainty around Brexit.

France's biggest bank is aiming to replicate the strategy it has rolled out in Germany by targeting medium-sized businesses with financial products and advice, reports the Financial Times.

BNP is rapidly adding numbers to its already 8,500-strong workforce in the UK, with a number of senior additions made including the recent appointment of Yannick Jung as its Head of Global Banking for Europe.

"It might seem counterintuitive to single out the UK as a golden land of opportunity for us, but it is in the same way as Germany has been for us," said Jung. "Many of our competitors on the ground servicing UK customers are already distracted by Brexit, but for us it is less of a distraction."

The bank is desperate to gain further ground in Europe's corporate and investment banking market and believes making inroads in the UK forms a key part of that strategy.

"The UK is a very big economy; the bank knows this market well and the opportunities seem to be there," aded Anne Marie Verstraeten, head of BNP's UK operations. "There are many mid-caps in the FTSE 350 or in Aim that are either international or will be.

"Let’s also remember that following the crisis, many corporates have noticed that there is less of a choice of banking partners, especially of those who are very well placed locally but who also really can act in Europe and internationally."