Is Brexit causing a slump in German consumer confidence? 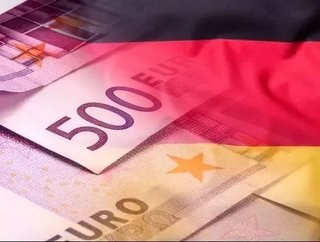 The UK vote to leave the European Union has been impacting consumer confidence in Germany, according to a report by consumer analysts GfK.

German consumer sentiment has not followed a uniform trend in October. While economic prospects are improving again after three successive falls, both income expectations and propensity to buy have declined.

The overall consumer confidence indicator from GfK forecasts 9.7 points for November, after a figure of 10.0 points in October. Hence, the indicator has fallen below the ten-point mark for the first time since June 2016.

This month, consumer sentiment is currently rather mixed. While their view of overall economic prospects has become more positive for the first time in four months, consumers have become less optimistic in terms of both income prospects and propensity to buy. Consequently, consumer confidence has deteriorated, falling below the 10-point mark.

Economic prospects: the decline has stopped

After three successive falls, economic expectations improved again in October. The indicator gained 6.2 points, thus climbing to a figure of 13.0 points. This represents an increase of 15.9 points compared with the corresponding time last year.

For the first time, consumers seem to have digested the British people’s decision to leave the European Union. After the Brexit decision, the indicator fell three times in succession. However, a great many other factors are also involved and the overall economic outlook appears relatively healthy.

In addition, in its fall forecast in early October, the German government assumed that the German economy would achieve marginally stronger growth this year than had been forecast earlier in the year. Despite the difficult external trade environment, the government based this assumption on the low oil price and the efforts to manage the refugee crisis, among other things. Moreover, the labour market appears to be in excellent shape, and private household income has continued to follow a very positive trend.

As a result, the German government recently increased its growth forecast for this year from 1.7 percent to 1.8 percent. For the forthcoming year, it assumes that gross domestic product will increase by 1.4 percent.

The regular fluctuations of income expectations that could be observed from November last year finally came to a halt – at least temporarily – in October 2016. The indicator fell for the second time in succession, declining by 7.8 points to its current figure of 44.8 points, and thus sliding well below the 50-point mark. This is its lowest value since November 2015, when it was calculated as 44.4 points.

Despite the decline, there is still very marked optimism regarding income. Nevertheless, consumers assume that the price-curbing effects of low oil prices, which have kept the inflation rate near zero percent so far, will now cease to apply. Thus, the real income gains for private households that have resulted from low energy prices will disappear.

Hence, the inflation rate in September this year increased to 0.7 percent. In July and August it was still 0.4 percent. This has probably curbed income prospects.

In addition, the decline in income expectations is obviously one reason why propensity to buy has fallen – for the second time in succession as well. However, the loss of 3.4 points constitutes only a moderate decline. At 49.9 points, the indicator fell just under the 50-point mark, reaching its lowest value since December 2015, when it was calculated as 49.0 points.

As well as the decline in income expectations, another reason for the reduced propensity to buy is probably the fact that its opposite, propensity to save, increased noticeably.

Nevertheless, it would be misguided to consider this a deathblow for propensity to buy. An indicator figure around the 50-point mark still attests to a marked propensity to buy. In light of an extremely stable labor market and solid incomes, the chances are good that domestic demand will continue to be an important pillar of economic development in Germany in the future.

The overall indicator for November 2016 forecasts 9.7 points, after a figure of 10.0 points in October. Hence, the indicator fell below the ten-point mark for the first time since June 2016. In fact, it reached its lowest value since April this year, when it was calculated as 9.4 points.

This weakening of consumer sentiment in Germany is not caused primarily by the hard facts of domestic trends, such as those relating to employment and income levels. It is more a consequence of an external trade environment that has become increasingly difficult. According to the forecast, global economic growth will remain weak.

Furthermore, the numerous international trouble spots, some of which have also increased the risk of terrorism for Germany, have probably had a somewhat negative impact on consumer sentiment. Nevertheless, one can assume that private consumption will also make a crucial contribution to economic development in Germany this year. GfK still assumes that the consumption forecast of around 2 percent for this year is attainable.

The results are an extract from the “GfK Consumer Confidence MAXX” study and are based on around 2,000 consumer interviews, which are carried out on a monthly basis on behalf of the European Commission. This report presents the indicators in graphic form, makes forecasts for them and discusses them in extensive commentary. In addition, the report also contains information on consumers’ spending intentions for 20 areas of the consumer goods, commodities and services markets. The GfK consumer confidence study has been carried out since 1980.