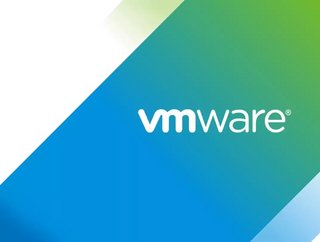 VMware has been walking GfK along its path through digital transformation to the cloud for over a decade.

GfK has been the global leader in data and analytics for more than 85 years, supplying its clients with optimised decision inputs.

In its capacity as a strategic and technical partner, VMware has been walking GfK along its digital transformation path for over a decade.

“We are a demanding and singularly dynamic customer, which is why a close partnership with VMware is integral to the success of everyone involved,” said Joerg Hesselink, Global Head of Infrastructure, GfK IT Services.

Four years ago, the Nuremberg-based researcher expanded its on-premises infrastructure by introducing VMware vRealize Automation. In doing so, it laid a solid foundation, resulting in a self-service hybrid-cloud environment.

By expanding on the basis of VMware Cloud on AWS and VMware Cloud Foundation with vRealize Cloud Management, GfK has given itself a secure infrastructure and reliable operations by efficiently operating processes, policies, people and tools in both private and public cloud environments.

One important step for GfK involved migrating from multiple cloud providers to just a single one. The team chose VMware.

“VMware is the market leader for on-premises virtualisation and hybrid-cloud solutions, so it was only logical to tackle the next project for the future together,” says Hesselink.

Migration to the VMware-based environment was integrated into existing hardware simply and smoothly in April 2020. Going forward, GfK’s new hybrid cloud model will establish a harmonised core system complete with VMware Cloud on AWS, VMware Cloud Foundation with vRealize Cloud Management and a volume rising from an initial 500 VMs to a total of 4,000 VMs.

The hybrid cloud-based infrastructure also empowers GfK to respond to new and future projects with astonishing agility: Resources can now be shifted quickly and easily from the private to the public cloud – without modifying the nature of interaction with the environment.

The gfknewron project is a good example – the company’s latest AI-powered product is based exclusively on public cloud technology. The consistency guaranteed by VMware Cloud on AWS eases the burden on both regular staff and the IT team. Better still, since the teams are already familiar with the VMware environment, the learning curve for upskilling is short.

One very important factor for the GfK was that VMware Cloud on AWS constituted an investment in future-proof technology that will stay relevant.

“The new cloud-based infrastructure comprising VMware Cloud on AWS and VMware Cloud Foundation forges a successful link between on-premises and cloud-based solutions,” says Hesselink. “That in turn enables GfK to efficiently develop its own modern applications and solutions.

“In market research, everything is data-driven. So, we need the best technological basis to efficiently process large volumes of data and consistently distill them into logical insights that genuinely benefit the client.

“We transform data and information into actionable knowledge that serves as a sustainable driver of business growth. VMware Cloud on AWS is an investment in a platform that helps us be well prepared for whatever the future may hold.”