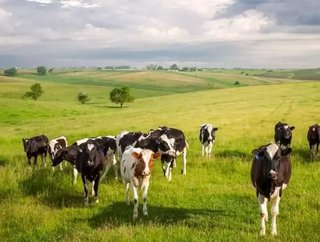 Overproduction of milk since EU quotas were abolished in April 2015 triggered a collapse in prices that have not recovered despite a 500 million euro aid package announced in September.

At a crisis meeting of agriculture ministers in Brussels, EU Agriculture commissioner Phil Hogan said: "I am prepared to propose the application of such rules whereby the Commission... would decide to permit on a temporary basis such voluntary agreements for the dairy sector.”

A combination of factors, including changing dietary habits, slowing Chinese demand and a Russian embargo on Western products in response to sanctions over the Ukraine conflict, has pushed down prices for beef, pork and milk.

The EU will support temporary cuts in milk production to reverse the plunge of prices in the dairy industry. Member states will soon receive the proposal outlining all the details.

François Lejeune, a farmer from Belgium's south-eastern region of Liege and a union leader, told AFP that liberal European farm policy was weakening and even bankrupting farm businesses.

"We are working at a loss in many sectors and it is not sustainable," Lejeune said during a protest of about 100 people where farmers brought a couple of cows, a few piglets, goats and lambs.

"We need price increases and for the EU to buy back excess produce," he said. "We must fight the invisible hand of the market."

The commissioner said he would fully consider backing other measures that have broad support like allowing member states to help individual farmers by up to 15,000 euros per year.