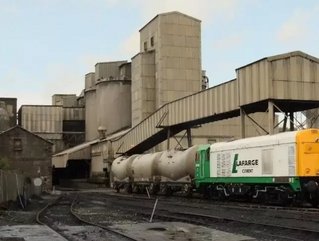 Global construction industry operators Lafarge and Holcim have signalled their intent to sell up to €5 billion of their combined assets in a move to please regulators and facilitate their record merger deal.

The French cement maker and Swiss materials supplier propose to join forces in what would become a group worth $44 billion in annual sales and $55 billion on the stock market.

They are seeking buyers for operations across the globe, including Britain, Canada, the Philippines, Brazil, Austria and Mauritius, which could impact up to 10,000 employees, Reuters reports.

Competition authorities far and wide from more than a dozen countries are expected to scrutinise the proposal closely, while the European Commission must also approve the deal.

The companies are not short of interested purchasing parties, with Anglo American, joint 50 percent shareholder in Lafarge Tarmac, announcing its intention to sell its stake back to the French group so it can sell the entire division.

Lafarge Tarmac employs around 6,000 workers and Anglo American’s stake is said to be worth around $1.5 billion.

Assets for sale have been selected based on their geographical and industrial overlap and how swiftly they could be sold at a good price.

Both Lafarge and Holcim have repeatedly claimed their merger, which would create a group with global headquarters in Zurich, would not involve any plant closures or job cuts.