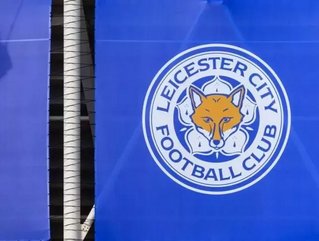 It proved a fitting end to a 'miracle' season. At their last home match on Saturday May 7, a 3-1 win against Everton, Leicester City were presented with the English Premier League trophy. It was their first top tier win in 132 years of 'Foxes' history.

Leicester's amazing title winning season has been described as the greatest sporting story ever, while the word 'fairytale', in relation to the unexpected title victory, has been more than overused. There is even talk of a Hollywood 'blockbuster' based on the club securing the league win.

As 5,000 to 1 underdogs Leicester City had set out on their championship winning campaign with a home win, 4-2, against Sunderland on August 8, 2015. Neither the club nor, indeed, its fans, could have imagined what would happen next as they moved quietly and efficiently through the fixture list.

Having narrowly avoided relegation the previous season, Leicester City had been valued at £133 million (in a study conducted by website Sporting Intelligence) at the start of the 2015/16 campaign. This compared with Chelsea valued at £826, Manchester City (£907 million) Arsenal (£1.1 billion) and Manchester United (£1.8 billion). Even Tottenham Hotpsur, who handed Leicester City the title when they could only draw 2-2 with Chelsea at Stamford Bridge on Monday, May 2, had a price tag around five times greater than the east Midlands club.

Bought for a bargain £39 million in 2010 by Thai billionaire Vichai Srivaddhanaprabha (Sheikh Mansour of the Abu Dhabi royal family paid £210m for Manchester City in 2008) the Premier League title has increased the club's stock.

At the elite level of the modern game, financial success off the field is every bit as important as performances on the field, and few have any doubt, the two are now inextricably intertwined.

Manchester United, for example, employed Louis Van Gaal in July 2014 with a remit to finish, at least, third in the Premiership table, and secure European Champions League football year on year. However, on the field, Manchester United have looked a shadow of the side Sir Alex Ferguson led to so many trophy wins. Subsequently, the Old Trafford club witnessed their share price fall from £13.53 ($19.58) to £9.21 ($13.33) losing £693,000 ($1 billion) on market capitalisation between Van Gaal's appointment and March 2016.

While (relative) failure can amount to financial catastrophe, success can mean massive amounts of cash flowing into the club as Leicester City are about to discover. Their first title opening the gateway to the kind of cash accessed by football's high rollers year on year

Winning the league title means direct entry to the group stages of Europe's elite club competition and an immediate windfall of around £40 million for the club – more than Srivaddhanaprabha paid to buy Leicester City. As champions, the club will also rake in around £90 million for league position and television rights. Last season's winners Chelsea pulled in just under £100 million, but as an established member of the English football aristocracy had enjoyed much more television exposure than Leicester could have expected this year.

For the next campaign, Leicester City are now in pole position to enjoy the best viewing slots and can expect a kickback in the region of £100 million plus as the new record TV rights deal of £5.14 billion is introduced.

Leicester City's new found status at the top of the richest league in the world will also allow them to build lucrative revenue streams for kit sponsorship. What price to put your brand on the shirts now? Perhaps £15 million, maybe £20 million. Manchester United, like Chelsea an established elite club, at present, enjoy a 10 year, £750 million deal with Adidas.

For Leicester City, as a high profile club - at least for the season ahead - there will now be increased opportunities for selling merchandise at home and, with a tour of Thailand imminent, abroad. How many shirts will now be sold with 'Vardy' or 'Mahrez' stamped on the back?

The player's stock, as a Premier League title winning squad, will have increased. Jamie Vardy bought in 2012 from Fleetwood Town for £1 million is now valued at £30 million, though the club might look to buy rather than sell. In addition gate receipts are expected to increase. True, the club have frozen the price of season tickets for season 2016/17 but, at least, three matches and maybe more at the Kingpower Stadium against elite European opposition will guarantee extra pay days.

These are exciting times for Leicester City and their fans. The Foxes surprise Premier League championship offers a platform from which to build. That will, in the modern game, cost considerable amounts of money. Come August of this year they will be asked to defend their title and the football financial cycle will begin again.