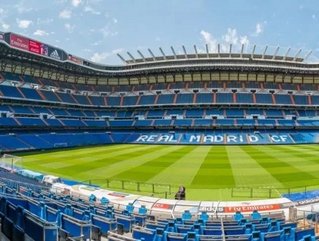 While Leicester City fans come to terms with winning the Premier League, the contrast in financial clout of teams competing in the top league in Spain is even starker than this. Take Eibar and Real Madrid, for example.

Although Eibar will not be winning La Liga, rarely will there be such a gulf in the business resources of two professional sports teams operating in the same national league.

Spain’s top football division, La Liga, is home to the world’s most globally-renowned and highest-earning players working for huge clubs with hundreds of millions of euros to spend each year on personnel, infrastructure and marketing.

Real Madrid is the wealthiest football club on the planet, and in Cristiano Ronaldo and Gareth Bale owns the best and most expensive footballers to be found. Its Bernebau stadium holds 81,000 fans who help to return more than €0.6 billion to the business every season.

Overall the club is worth €2.7 billion according to Forbes, and Ronaldo alone earns €366,000 a week after tax.

Compare this to Eibar, a town of 27,000 residents lying in the Basque Country in the north of Spain, with a ground holding little more than 5,000 supporters (16 times smaller than Real Madrid).

Having been recently promoted the club had to raise €2.1 million just to fulfil obligations to play in La Liga, and even had the smallest budget out of all the teams in the Spanish second tier. Its entire annual spend is around €20 million, less than what Ronaldo takes home.

Only three of Eibar’s first team squad come from outside of Spain, the majority of whom coming locally from the Basque region. Real’s team comprises global superstars from Germany and France to Colombia and Brazil.

Emirates pays €30 million for the privilege of having their logo on the Real Madrid shirts. At Eibar, sponsorship comes from a local ironworks for a mere fraction of that.

Despite what appears as severe financial limitations, the La Liga Minnows are holding their own in the league and lie safely in mid-table, competing strongly with the business powerhouses. Sport is truly levelling the playing field for what would otherwise be businesses operating on completely different planets.