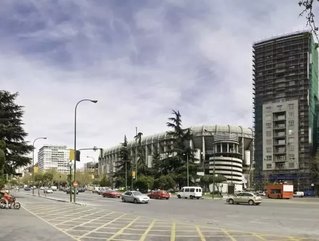 The Spanish football club, Real Madrid, has overtaken the UK’s Manchester United as the most valuable team in Europe.

The team, which is based in Spain’s capital city, has been valued at €3.22bn (US$3.59bn), according to the professional services firm KPMG.

KPMG released a report highlighting the figures based on the 2016-17 and 2017-18 seasons, the BBC reported.

Tottenham and Juventus complete the top 10 list, in ninth and tenth position.

“The overall enterprise value of the top 32 clubs is driven primarily by an aggregate 5% increase in total operating revenues,” stated Andrea Sartori, Global Head of Sports at KPMG and author of the report.

“On the other hand, staff costs continued to grow too, with the average staff costs-to-revenue ratio of the top clubs increasing by four percentage points, up to 63%.”