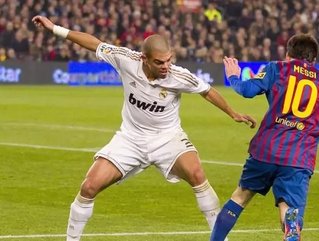 EU State aid rules apply to public interventions in the market to ensure that they do not distort competition by selectively favouring one market participant over another. Professional sport is an economic activity. Football clubs conduct marketing, merchandising, TV broadcasting, transfer of players etc., and compete at international level. In many cases, professional football clubs have significant turnover. EU State aid rules ensure that public funding does not distort competition between clubs. They protect the level playing field for the majority of professional clubs who have to operate without subsidies.

The first investigation concerned tax privileges in favour of Real Madrid, FC Barcelona, Athletic Bilbao and Atlético Osasuna. In Spain, professional football clubs are considered as limited liability companies for tax purposes. However, these four clubs were treated as non-profit organisations, which pay a 5 percent lower tax rate on profit than limited liability companies. The four clubs benefitted from this lower tax rate during over twenty years, without an objective justification. Spain has in the meantime adjusted its legislation on corporate taxation to end this discriminatory treatment effective as of January 2016. To remove the undue advantage received in the past, the clubs now have to return the unpaid taxes. Based on available information the Commission estimates that the amounts that need to be recovered are limited (€0-5 million per club) but the precise amounts that need to be paid back are to be determined by the Spanish authorities in the recovery process.

In a second investigation, the Commission examined a land transfer between Real Madrid and the City of Madrid. The inquiry determined, based on an independent study, that the land affected by the transaction was overvalued by €18.4 million. This gave Real Madrid an unjustified advantage over other clubs, which it now needs to pay back.

Finally, the Commission investigated guarantees given by the State-owned Valencia Institute of Finance (IVF) for loans granted to three Valencia football clubs (Valencia, Hercules and Elche). At the time, those clubs were in financial difficulties. The public guarantee allowed the clubs to obtain the loans on more favourable terms. As the clubs paid no adequate remuneration for the guarantees, this gave them an economic advantage over other clubs, who have to raise money without state backing. The state financing was not linked to any restructuring plan to make the clubs viable and none of them implemented compensatory measures to offset the distortion of competition created by the subsidy. In order to restore the level playing field with non-subsidised clubs, Valencia, Hercules and Elche now have to pay back the advantage they received. This amounts to €20.4 million for Valencia, €6.1 million for Hercules and €3.7 million for Elche.