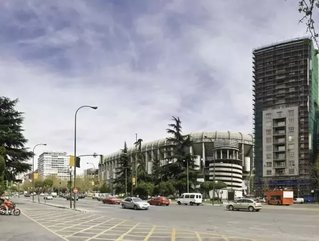 Spanish football club Real Madrid has topped the list of the world’s richest football clubs by revenue, regaining the position from the previous holder Manchester United and breaking the record for the largest annual revenues accrued by a football club

The data, from Deloitte’s Football Money League, assesses the value of football clubs based on their revenue from ticket sales, broadcast rights, and other commercial elements including stadium tours, sponsorships, merchandise sales, etc.

Deloitte noted that Real Madrid’s return to the top of the list has been buoyed by its footballing achievements, including its third consecutive UEFA Champions League title, while rival team Barcelona placed second in the Football Money League.

European football remains dominant financially on the world stage, with every member of the Football Money League’s top 20 being based in Europe.

Deloitte noted in its report that this is the first instance in the Football Money League’s history that there have been no Italian clubs in the top 10, although Italian clubs command the second largest proportion of the top 20 at 20%.

Liverpool’s revenues enjoyed the biggest increase of any club in the top 10, with a jump of around €103.9mn that places it in seventh position worldwide.