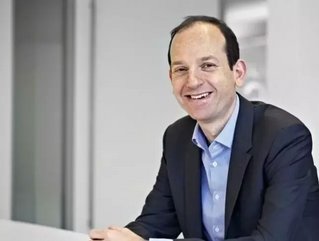 As monetary transactions increasingly move into the virtual sphere, we ask Sage Pay boss Simon Black what these new cryptocurrencies are all about.

1. BRE: What are Cryptocurrencies?

SB: Cryptocurrencies are virtual currencies. They combine the core ideas of cryptography with a monetary system to enable a secure, anonymous, traceable and potentially stable virtual monetary system.

They are not issued by a central authority, which, in theory, makes them immune to state interference. Moreover, they aren't tied to the availability of physical goods, like gold, nor can they be artificially created by governments or financial institutions like dollars.  The most well-known cyrptocurrency is Bitcoin, which launched in 2009.

2.  Will cryptocurrencies cause a mainstream change to the payments landscape?

While it is clear that the nature of payments is changing, the unanswered question is whether we will start to see consumer demand pushing businesses to adopt these new technologies and whether they represent a lasting mainstream change to the payments landscape.

Looking specifically at Bitcoin, it seems that mainstream use may just be a step too far for anyone but serious technology enthusiasts.  Recent data has reported that 79 percent of consumers would avoid Bitcoin. Therefore, although it marks something of a revolution, in terms of alternative payments and cryptocurrencies, it is missing a key driver to make it a success - consumer demand.

For consumers, the question remains, what is the benefit of loading a mobile wallet with Bitcoin when they can just as easily load it with conventional currency?  This is familiar, easy and convenient for most people and Bitcoin does not have any immediate advantages over this.

Not to be overlooked is the challenge of the fluctuating valuations for both consumers and merchants to think about. The physical currency value of Bitcoin is rather unpredictable. This makes it incredibly hard for the average SME to make sure they stay on top of this, in addition to the other day-to-day challenges they already face.

3. What are the advantages to cryptocurrencies?

Through the rise of multi-channel communications, people can simultaneously use all channels, both in-store and online, as methods of payment. It is in this world that cryptocurrencies can thrive, providing an alternative solution to cash whilst simultaneously moving society into a cashless world.

4. Why would businesses in particular want to move away from cash?

It is not difficult to see why businesses may embrace the move away from physical money. There is an inherent cost to cash; cash has to be counted, cashed up, reconciled with till totals, stored securely on the premises and eventually banked. This adds a significant labour cost for the retailer as well as wider costs such as the price of production and the cost of forgery as well. Using an electronic payment mechanism circumvents all of this.

There is also a value in providing people with alternative ways to pay and we have seen huge changes in what consumers are using to pay merchants.  In a recent survey, we found that 36 percent of consumers stated that they were more likely to shop if a store offered them new and innovative payment methods.

The UK have a long record of being enthusiastic adopters of new technology, but a problem faced for business would be that broad adoption of Bitcoin is some way off. It has to overcome the chicken and egg problem of consumers asking, “Where can I spend my Bitcoin?” and merchants asking, “Who has any Bitcoin to spend here?”

5. What are the dangers and security risks associated with cryptocurrencies?

As stated above, cryptocurrencies are incredibly unstable, often unpredictably fluctuating in price. Therefore, it is hard for companies and consumers to rely on these digital currencies as a stable source. Moreover, as an online currency it is vulnerable to cybercrime.

The average person and/or company either does not know how to protect themselves from online threats or does not do adequately. Also, using Bitcoin as an example, it is untraceable. If someone is hacked then there is no way to trace the movement of that money which makes it ideal as the currency for illegal markets.

In order for cryptocurrencies to become more mainstream, they must become more open, traceable, stable and secure.