By By John Coldicutt, CMO of KashFlow
May 19, 2020
undefined mins 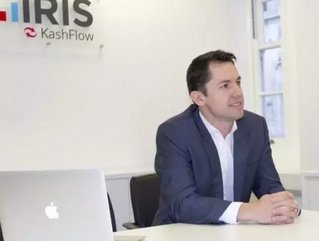 Businesses are feeling increasingly empowered to speak up and make their voices heard, sharing their opinions on what they believe is good for jobs and growth. This was demonstrated in the Scottish referendum where a real difference was made by people being honest and open about what they really wanted.

The government has repeatedly demonstrated its commitment to the variety of funding options available to SMEs while George Osborne’s Budget speech also proved fruitful for businesses. It goes without saying that the importance of small and medium-sized enterprises (SMEs) in particular, to the UK’s overall economic wellbeing, has been well documented and highlighted ahead of this year’s election.

So with the political season in full swing, now is the time for businesses to be taking a long hard look at the different manifestos and policies that, depending on the election’s outcome, will affect the way we all do business in the future.

Businesses play a key role in society and therefore need to take their position seriously as they not only have to consider the needs of their employees, but those of their customers too. As such, what should SMEs be asking ahead of the election as they look ahead to the next five years?

1. Which party will prioritise British businesses if successful in the general election?

Businesses are often overlooked once the election smoke clears, with the focus instead turning to overarching issues such as healthcare and education. However, small businesses are the engine of economic growth, so failing to prioritise this market could have disastrous consequences.

Despite the UK Government’s continued pledge to cut red tape for British business, in the last year alone the EU implemented 1,139 new laws. Complying to such high levels of legislation takes its toll on SMEs and prevents business growth and although the UK Government has cut £10 billion worth of red tape over the last four years there is still more which needs to be done to support the ever growing world of small business.

Businesses of all sizes require support, from funding and grants, to ensure legislation doesn’t hinder national and international trade. Businesses must question who will support them with increased funding, and also who will investigate less known opportunities such as product development grants. Failing to support British companies will slow not only their growth curve, but that of the economy too.

4. Who will ensure that SMEs won’t be squeezed by large national businesses?

From multinational supermarkets dominating the high street to large businesses not paying their smaller counterparts on time, large businesses often obstruct small companies from reaching their true potential. A blind eye has been turned on this previously, but whoever is successful in May must move to ensure this treatment stops.

5. Will there be a party that can simplify the tax and financial account submission process for small businesses?

Financial management is often an area which takes up the most time for small businesses who can’t afford to or have taken the decision to outsource this to an accountant. This was further complicated on January 1st this year when the Generally Accepted Accounting Practice in the UK (UK GAAP) was introduced. The successful party in May needs to look for a solution to the financial quagmire stopping entrepreneurs from focusing on business growth. George Osborne’s Budget speech was a strong start for example, with yearly tax returns scrapped in favour of real-time online accounts.

6. Which party will be able to ease the strain on small businesses which rely on international trade?

7. Who can increase investment in broadband grants to stimulate business growth?

In September, the current government encouraged businesses across 22 cities in the UK to claim a £3,000 grant to improve internet connectivity. This is a great initiative, but it must be rolled out further to ensure businesses outside of the catchment areas aren’t left behind by those companies which have taken advantage.

8. Who would take VAT reform seriously if successful in this year’s general election?

Controversially, EU reformed VAT in January 2015 which has had a knock on affect on small businesses trading online throughout the UK. Even the smallest online businesses now have to VAT register and keep vast amounts of data on their customers to complete their annual returns. Professional advice from accountants suggests if you earn less than £500/year from the online arm of your business, the time it takes isn’t worth the cost of compliance. This must change.

9. Is there a party that would be able to make training and technology more readily available to small businesses to help them grow?

A House of Lords committee report recommended digital literacy should be a core subject in schools which is a hugely promising movement for the future of technology in the UK. However, it’s important to research election policy on training and technology to ensure it continues to be available for small businesses.

10. Who will be able to make sure measures are taken to help SME's source funding?

It’s well known that many small businesses rely on funding to grow and increase their offering; investing in vitals from technology and connectivity to training and rent. Such support must continue and be increased where possible by the successful party in May’s election.

By considering the above, SMEs will be able to interrogate manifestos and policies to ensure that they make a well informed decision making their vote really matter. Despite many being understandably nervous about the prospect of change, the political parties look to be placing the needs of growing businesses at the heart of their manifestos.