What are the effects of global events on the Middle East economy? 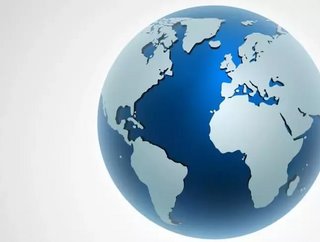 2016 is proving to be a challenging year for the global economy.

The International Monetary Fund (IMF) cut its forecasts for global economic growth for 2016 and 2017, as the UK’s unexpected vote to leave the European Union created a wave of uncertainty amid already-fragile business and consumer confidence. According to the IMF, the global economy is projected to expand by 3.1 percent this year and by 3.4 percent in 2017. This is lower than the 4.5 percent average that preceded the decade before the great recession, but it is better than the average over the past five years.

The IMF projections of the Middle East hover around 3.4 and 3.5 percent for the years 2016 and 2017 respectively. However, the lifting of Iran sanctions, which consequently resulted in low oil prices and conflicts, continues to pull down on the economies of the region. Oil exporters are facing one more year of heavily reduced oil export revenues, and require ongoing fiscal consolidation and reforms in order to cope with these losses and diversify their economies away from oil. They are experiencing uneven and fragile growth, and need to adjust to the challenges of spill overs from their oil-exporting neighbours and the threat from conflicts.

Middle East has always seen London as a popular investment destination. While half of the investments into the UK come from the EU, a great chunk of investment also trickles down from China, the USA and the Middle East. With the pound sterling weakening, GCC investments in the UK look more attractive and offer investors the opportunity to buy UK assets at much lower prices. A weakening euro and pound have shaped beneficial investment opportunities for investors. As Middle East currencies are pegged to the US dollar, this helps to avoid the harsh currency fluctuations we have seen in the value of the British pound sterling in recent weeks.

On the other hand, Middle East investors have continued to buy real estate in the UK despite the decision to leave the EU. Impact on the GCC as a result of Brexit, if any, will be short term particularly on the financial markets, and it is predicted that GCC regions won’t have any impact in the mid to long term. The UK’s exit from the EU has had a positive impact on investors planning to invest in the capital’s real estate market. UK-owned SMEs could in fact receive an uplift if they are paid by Middle East businesses in USD. The inherent non-currency related viability and cost of trade should be unaffected as the GCC region doesn’t have a free trade agreement with the EU.

In October 2015, the UAE and the UK set a new target for bilateral trade that would double its current value of about £12 billion to £25 billion (Dh135.24bn) by 2020. It is widely believed that this will not be affected by Brexit because the EU has been unable to reach a free trade agreement with the GCC, despite negotiations. This means that the UK could strike beneficial bilateral trade deals with GCC governments, even if it is to leave the EU. Additionally, only last month, the UK signed a Double Taxation Agreement with the UAE, demonstrating that bilateral deals might actually be preferred and more easily achieved.

In the Gulf countries, Brexit offers more opportunities in terms of trade and investment for the UK. The Middle East remains a primary source of foreign investment, particularly in the commercial real estate market. However, foreign investment will be timid if more conservative forces push for isolationist policies concerning trade and investment, such as a change in expatriate buyer laws, crackdowns on offshore companies, and hikes in property taxes. This could inevitably lead to Gulf money moving to more mature markets in Asia and North America. The internal dynamics of Middle Eastern states will not be greatly affected, but like all things in the globalised world, Brexit will have an effect on the changing dynamics of the region.

Mihir Kapadia is CEO and founder of Sun Global Investments