Brexit is contributing to the growth of Silicon Europe 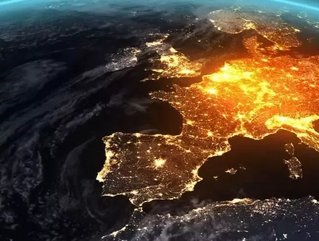 Brexit has been a point of contention in both the UK and Europe for the last three years and the uncertainty has shaken industries that operate from and with the UK. But despite Brexit fatigue and unease, Nasir Zubairi, CEO of The LHoFT, Luxembourg House of Financial Technology, believes this is an exciting time for startups and VCs to thrive across continental Europe, as it grows to become the new Silicon Valley. FinTech Magazine catches up with him to discuss his thoughts further.

What is the impact that Brexit is having on VC investment and start up locations, is it changing the dynamic much?

Of course, the uncertainty has changed the dynamic – but not necessarily for the worst. Luxembourg has a long standing, successful partnership with London and the UK. The City’s growth over many years has been beneficial to Luxembourg and has supported our own growth. The UK will remain a strong hub, but VC investment will shift focus over the medium to long term. For one, many of the leading VCs rely on the Luxembourg-based European Investment Fund (EIF) as an anchor Limited Partner. With the UK no longer part of the EU, the VCs will have to re-distribute their investment focus on the rest of Europe to continue to comply with EIF restrictions on investment geography….that is, if they want to have the EIF involved in their fund. As such, many are and will continue to look to establish new or augment existing EU offices, garnering more exposure to the continental Europe startup industry. Luxembourg, for example, has already benefitted from tremendous growth in the past two years in the PE/VC sector. With many startups looking for EU bases to continue to service a broad customer base, and businesses from outside the EU no longer considering the UK a strategic EU option, Luxembourg, with its incredible capacity for business in English and international support capabilities, has seen an influx of new businesses. These businesses are also drawing the attention of VCs, most notably in the areas of Fintech, Cybersecurity and Spacetech, which are aligned with the core industries already prevalent in Luxembourg.

How has the European fintech sector evolved?

There has not been a better time to grow a start-up in Europe than right now. For so long all eyes on the global fintech sector have quite rightly largely focused on Silicon Valley and the US, and on London with a European context. But we have reached a tipping point; continental Europe has been observing and learning from the rest of the world and now is ready to lead the charge. European fintech firms are going from strength to strength, accelerating and innovating at a record pace – companies like Klarna, OakNorth and Greensill have seen recent fundraises of hundreds of millions. European VCs have responded with a notable uptick in activity and funding levels are at an all-time high.

In the Grand Duchy alone, research by Luxembourg House of Financial Technology (LHoFT) has found that there are 214 Fintech firms now operating, generating US$560mn in revenues and employing 4,300 people; stats that are really incredible when considered relative to the size of the market. Meanwhile, 71 companies across the financial services industry have publicly announced the relocation of activities to Luxembourg as part of their post-Brexit planning, reaffirming the country’s status as a leading international financial centre. In the past year, the LHoFT has more than doubled its start-up occupancy, from 26 to 67 businesses, and has grown its total membership to 148.

What is the impact of Brexit on fintech start-ups?

Brexit is contributing to an evolution in Europe’s fintech landscape, with increasingly mobile entrepreneurs from across the globe seeking out new EU capitals to establish and build their companies in order to access the incredible customer opportunity the EU presents. Venture capitalists are responding by adapting where they are identifying and deploying their funds, discovering new and exciting opportunities outside the longstanding centre of Fintech, London. VCs are finding attractive investable businesses set up and grown across Luxembourg, Berlin, Amsterdam, Barcelona and other fast growing centres. They are also gaining exposure to international Fintech firms that are establishing their EU subsidiaries across these same centres.

Fintech companies are showing impressive resilience amidst global uncertainty – how is Luxembourg ‘future proofing’ to continue to attract these exciting and innovative businesses?

Innovation and good ideas are not exclusive to Silicon Valley, London or New York – Luxembourg is evidence of that. As a business hub, Luxembourg is already highly competitive in traditional financial services but we have also worked to create an ecosystem, business environment and infrastructure in line with a Government strategy driven by “The Third Industrial Revolution.” Central to this is an attractive but sensible framework for technology innovation and for fintech startups. Though small in size, Luxembourg is an incredibly powerful centre for financial services in the EU, the second largest fund centre in the world after the US, the third largest financial centre in the world in terms of cross border flows. With its small size comes significant agility, and this agility has been demonstrated over and over again in Luxembourg’s history. The Government works closely with industry to make things happen. For example, Luxembourg established The Luxembourg House of Financial Technology, The LHoFT, as a collaborative initiative between the Government and private sector; a Foundation to drive digitalisation and fintech with the aim to ensure the future competitiveness of the financial centre. The result so far? We have seen a significant number of businesses establish in Luxembourg and even more wanting to partner with or service Luxembourg based firms in order to address business issues and opportunities. Of course, this doesn’t stop at fintech – we are also making huge strides forward in Spacetech, cybersecurity and mobility.

What is Luxembourg doing to attract venture capital and start-ups more generally? You’re better known for investment funds, aren’t you?

Yes, Luxembourg has traditionally been an investment hub but recently there has been a huge push in tech investing, innovation and disruption. It is really becoming a hub of excellence. Key to this are the dedicated initiatives like the LHOFT Foundation, Luxinnovation and the House of Startups, which provide soft landing platform for startups from all over the world, making it painless to set up and get going in the Grand Duchy, but also helping entrepreneurs easily access customers and capital. Innovative new firms are seen as the future of the Luxembourg economy; the data on Fintech was previously mentioned, but did you know that Space technologies now account for more than 6% of GDP in Luxembourg? Earlier this year, Luxembourg set up an official space agency that has signed collaboration agreements with many key institutions, including NASA! Luxembourg has set up the Luxembourg Future Fund with the EIF, with two sub funds – one that invests directly as an LP into venture Capital funds, and the other co-invests alongside VC’s into startups. In both cases, the target investee must demonstrate economic value add to the Luxembourg economy. The fund is proving extremely attractive in the way it diversifies risk and has invested in one VC (the 2nd will be announced soon) and six tech firms.  Luxembourg already has a number of resident and active investors, including Mangrove, who has been around for 20 years, and EQT. There are also a number of existing home-grown entrepreneurial success stories like TalkWalker, JobToday and Kneip, who are of global scale and recognised champions. I would say that Luxembourg is adapting to the changing world better than many!