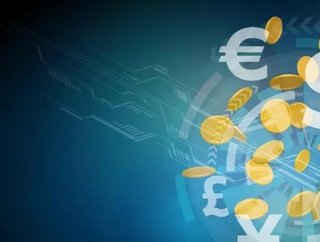 Financial technology (fintech) startups are rapidly changing the world in which we live. From digital currency and lending, to payments and investment management, fintech is redefining what it means to provide and receive a financial service. And in doing so, it is disturbing areas once deemed the sole domain of banking and financial institutions.

The UK, in particular, has become a hotbed for innovative fintech startups. According to a recent survey by EY Britain’s 500 Fintech companies directly support 61,000 jobs and the industry is producing more billion pound-valued startups than any other sector in the UK.

With the British fintech sector generating £6.6 billion in revenues and attracting roughly £524 million in investment in 2015, fintech is thriving.

The fast rise of fintech in the UK, compared to Europe and Asia, is due in part to governmental support as well as the UK’s unique array of regulatory sandboxes and forward-thinking tax policies.

But post-Brexit, Britain’s fintech standing may be in question.

Concerns regarding possible funding restrictions for UK SMEs and a feared wane in digital talent from Europe have prompted many to speculate that London is at risk of losing its crown as fintech capital of the world.

Given that within 24 hours of the leave vote, the UK lost its coveted AAA credit rating and several British companies announced their readiness to abandon the UK altogether, these fears are understandable.

The London-based online money transfer business Azimo and the foreign exchange service TransferWise, for instance, were amongst those considering a relocation to mainland Europe after declaring that Brexit would impede upon access to talent, markets, investment and passporting powers.

Yet, whilst an EU Exit may well put more immediate pressure on sourcing talent and obtaining investment (a worry MarketInvoice might care to dispute after raising a $7.2m funding round at the beginning of July 2016), it is unlikely to hamper British innovation and entrepreneurship in the long term.

This sentiment is best expressed by a recent All-Parliamentary Group (APPG) on FinTech’s new report, Stepping Forward for FinTech, which offers an overall positive view for the future of financial innovators.

According to APPG FinTech, new technology is providing solutions to the challenges of transparency and competition, and stands to successfully disrupt the most entrenched, concentrated markets. Citing examples such as WorldRemit and TransferWise, the report highlighted how fintech is providing businesses and consumers with a ‘meaningful alternative to their bank when making a payment or moving money across borders and currencies’.

With this in mind, it is unsurprising that the fast-growing foreign exchange startup Revolut just succeeded in raising £6.75 million from venture capitals in London, and WeSwap recently confirmed an investment of £6.5 million, despite the shock referendum result.

Nevertheless, three policy objectives put forward in the APPG FinTech show that there is still room for development when it comes to fairness & choice, access & financial inclusion, and security & integrity.

The report outlined how new prototypes are currently being held back by legislation and infrastructure that is outdated and outmoded. To combat this, the Payment Systems Regulator is being urged to take further action for entrants that are not being given efficient access to the payments infrastructure.

The report also stresses the need for SMEs to be better educated about the various funding options that are now available to them. For instance, business owners who are worried about taking on large amounts of debt to fund their growth need to know there are a number of flexible finance options outside of the banks. There are also schemes such as the Enterprise Finance Guarantee that can now be applied for through alternative providers. This is a key part of working towards full financial inclusion, as well as creating a fairer, more diverse finance sector.

Recognising the value of alternative lenders such as Funding Circle and Fleximize, the APPG report explained that fintech provides a “bridge between citizens and the financial services they need and want,” giving individuals and businesses greater access to affordable funding options that are tailored to the needs of each specific business.

As well as supporting banks with their efforts to lend to SMEs, the APPG called for the government to continue to back the alternative providers that are offering businesses a viable, faster alternative when the banks say no.

Such a policy can be further supported by the conservative government’s pro-business attitude and favourable tax schemes for entrepreneurs and investors, such as SEIS and EIS.

With this positivity and active governmental investment in fintech and alternative finance, there is reason to believe that UK-based fintech companies will thrive and expand Post-Brexit.

The UK is already home to over 40 percent of Europe’s startups valued at $1bn or more, and the City of London will continue to be one of the world’s largest financial sectors.

As a hub where investors and companies from around the world meet and conduct business, London is an important market outside the EU and should continue to be so even if there is a reduction in the movement of people and goods to and from Europe.

Under such circumstances, fintech startups should continue to thrive. After all, the likes of Funding Circle emerged in the aftermath of the 2008 financial crisis, displaying the innovation and adaptability required to survive any period of economic uncertainty.

And as long as this mentality remains, there is every reason to believe fintech will take on the manifold challenges posed to them in the wake of Brexit, tackle them head on, and win.

Launched in 2014 as the UK’s first revenue-based finance provider, Fleximize offers small business loans from £500 to over £1 million, and has supported a wide range of SMEs across the UK.